A Town at War 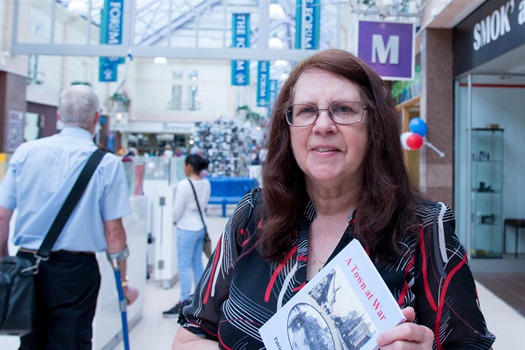 Local author Patricia Robinson has published a new book entitled 'A Town at War' which features the story of the people of Sittingbourne and Milton during the First World War.

'A Town at War', is a glimpse into the past, and represents the experiences of all the local people, whether from the town or the surrounding villages, who served their country during the First World War. It seeks to bring that time in our local history to life, and is illustrated with over a hundred and fifty pictures - many of which are of the local people who were alive at that time.

There are chapters on the effect of the war on the local industries; the social life of the town; the presence of troops; and major events. Letters written by those who were serving abroad about their experiences, which were printed in the local paper, the East Kent Gazette, help to bring the war to life for us, as they would have done for those living in the town a century ago.

The book also recounts some of the heroic deeds, done by local men, for which they received medals - from ones for Life Saving to the Victoria Cross; as well as often moving details of how some of them died. However, although it honours those who died, it also celebrates all of the men, women and children of the town who 'did their bit' for their country, whether at home in Sittingbourne and Milton, or abroad. 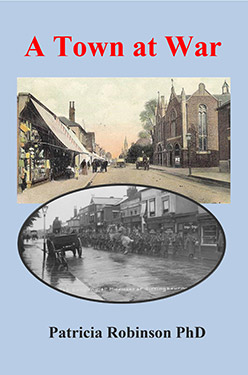 The author, (who published 'An Illustrated History of Sittingbourne and Milton' under her former name of Dr P Bellingham), grew up in Sittingbourne, in the same house in which her mother had lived during both world wars. The house from which her mother had run to see a zeppelin coming over and dropping its bombs on the next street, and in which soldiers were billeted - the cupboard from which one stole jam is still there! The history of the town, and the experiences of its residents during the First World War, are then very personal ones for her, and this is reflected in the way the book is written.

This new book, published by HRGS, is a spin off from the Sittingbourne Memorials Project (funded by Heritage Lottery, Swale Borough Council, KCC, Rotary Club), which has been spearheaded by the Historical Research Group of Sittingbourne. Members of the project have researched all of the men who have been identified as being on the memorials in Sittingbourne and Milton and the surrounding villages, and others who were born, lived , worked or who had families living in one of the parishes covered by the project.

Information about them, including in many cases details of where they lived, the jobs they did before the war, their families and even photographs and documents, are being brought together at the exhibition in the Heritage Hub in The Forum, Sittingbourne. Members of the public can view the information there on an interactive touch screen. They also welcome any information about local men who died and those who survived, and can be contacted via ww1@hrgs.co.uk or via www.hrgs.co.uk.