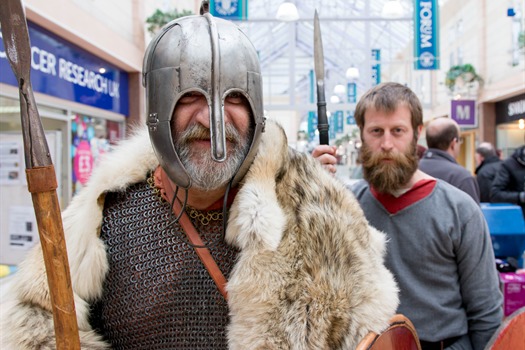 Life in Anglo-Saxon England became a reality for visitors to the Forum Shopping Centre today as shoppers mingled with living history re-enactors going about their everyday business. 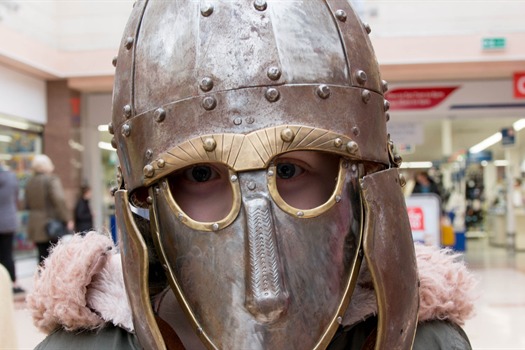 There were a range of activities for members of the public to participate in, woodworking demonstrations from Time teams “wood wizard” Dr Damian Goodburn and of course the chance to wonder at the range of genuine artefacts on display. 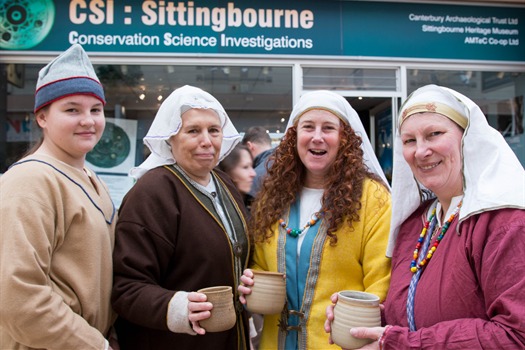 Dana Goodwin-Brown, who runs CSI: Sittingbourne explained that this event, a fundraising course and two training days for new volunteers was only possible because of a Swale Heritage grant of £1,000. 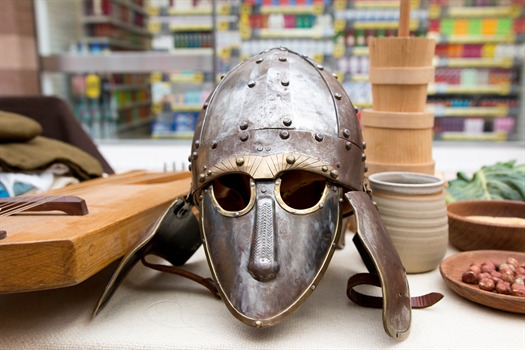 CSI Sittingbourne now in its sixth year, is located in a redundant shop space provided by Tesco at the Forum Shopping Centre.

The project aims to give members of the community a once-in-a-lifetime opportunity to learn the basic skills of archaeological conservation from a team of experts. 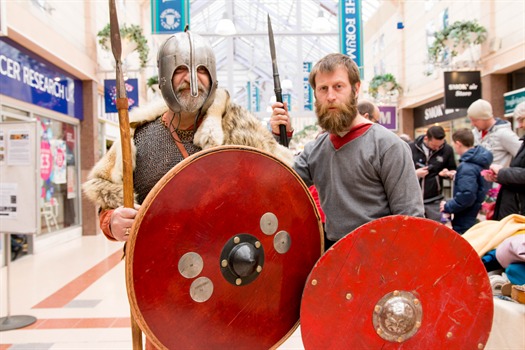 So far more than 20,000 visitors have passed through their doors and hundreds of volunteers have helped to uncover the secrets of the past through careful conservation of thousands of ancient artefacts unearthed during excavations of an Anglo-Saxon burial site excavated at The Meads near Sittingbourne.