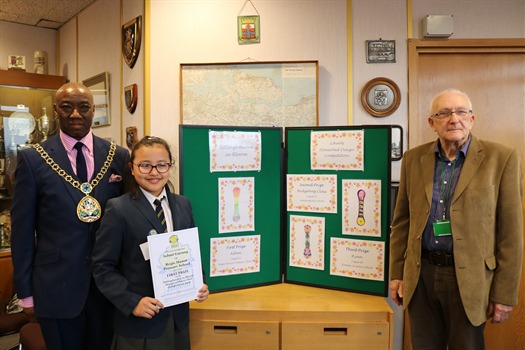 Each year Sittingbourne in Bloom invites Sittingbourne primary schools to submit designs for the summer bedding to be planted in the bed in the central reservation of St. Michael’s Road near the East Street roundabout.

There was a bumper crop of applications this year with a record 729 designs submitted.

The1st prize was won by 9-year-old Ashmi Gurung from Regis Manor Primary School, with a flower bed using colours of the rainbow as an inspiration.

The 2nd prize will be awarded to the Hedgehog class at Meadowfield school on Wednesday 13th March at 2pm with a special assembly, attended by the mayor, as the children were not able to come to Swale house. 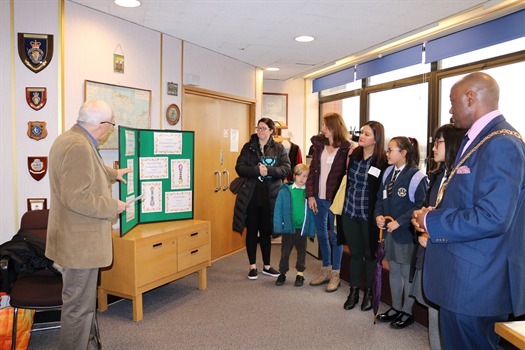 The winner’s design will be planted on the St Michael’s road bed in Sittingbourne, by Council contractors, Blenwood this Spring

Cllr David Simmons, cabinet member responsible for the environment said: “My congratulations to all 3 winners. The flower bed competition is a great idea that gets children thinking about nature and design. I can’t wait to see the finished article when the gardeners have finished planting this Summer. I’m sure it will look wonderful.”