Swale is successful in gaining support for Assisted Area Status

Assisted Area status allows small and large businesses in areas of local economic need to benefit from extra Government financial support. This is given to encourage business to grow, innovate and thrive, benefitting the community.

“We are now waiting for final confirmation of Assisted Area Status from the European Commission, but this is very good news for Swale. If confirmed in the summer, Assisted Area Status will deliver some immediate benefits, including tax breaks for bringing unused business premises back into use."

“We would like to say a big thank you to all those businesses that supported our bid for Assisted Area Status, whose input is vital in making such an important case to Government.” 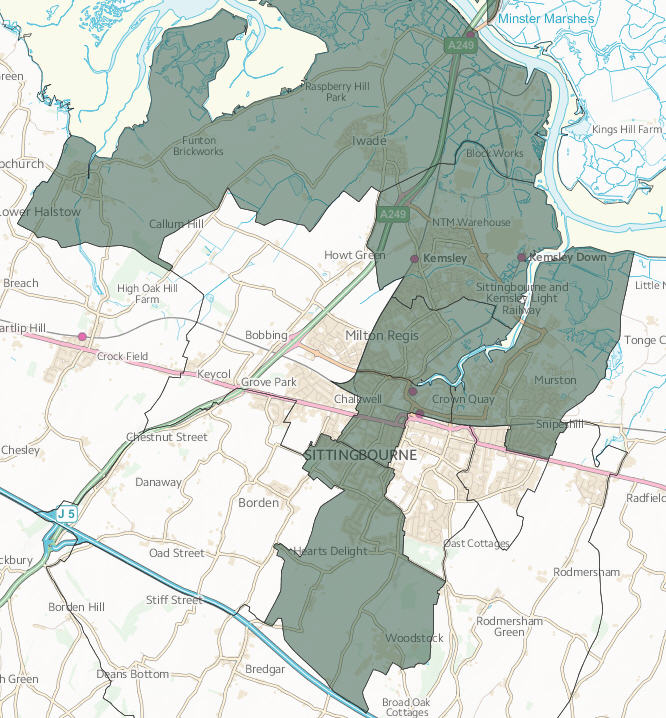 However this could prove controversial due to the inclusion of some of the more affluent areas of the borough including the least deprived ward of Woodstock.

The Council describes the Medway - Swale Arc, which includes the Kent Science Park as

“an area that faces significant social and economic challenges, including very low employment rates and a high proportion of the working population on out of work benefits.”

Owners of property in the Assisted Area Status would then be eligiblefor Business Premises Renovation Allowance (BPRA) which provides an incentive to bring derelict or unused properties back into use, by giving an initial allowance of 100% for expenditure on converting or renovating unused business premises in a disadvantaged area.

I cannot see any other reason for the inclusion of the Woodstock ward, other than to support government grants to pay for the redevelopment of unused properties at the Kent Science Park which to my mind would be an abuse of public money.

You also get a disparity between the retail businesses on the High Street and those on the business parks, which is interesting given the areas earmarked for regeneration.

I also wonder what happens when the Woodstock ward boundary is changed next year, because contrary to the propaganda circulated by Cllr Alan and Jean Willicombe the ward will not be disappearing but made smaller by removing some of the more rural areas which would then become part of the West Downs ward.

Will the Swale Arc map be redrawn, what do you think?