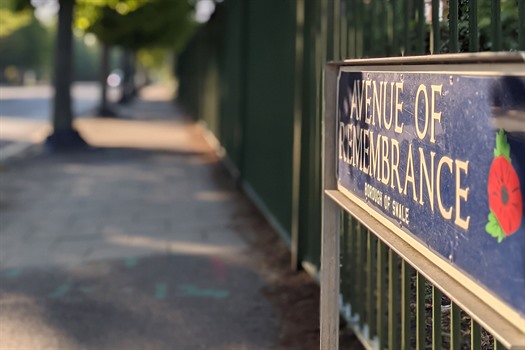 People are being asked how Sittingbourne’s Avenue or Remembrance should be maintained so future generations can continue to remember those who died in the First and Second World Wars.

The avenue was inaugurated in 1923 with 181 name plaques of local men who had died in the First World War, together with trees. A further 94 plaques were added to commemorate those who died in World War Two.

The avenue is believed to be the last remaining monument of its kind in the country that remains a roadway.

Together the group is looking at how the Avenue is managed and maintained in future and have launched a survey to get local people’s views.

“The centenary commemoration of the First World War highlighted the significance of this tree lined memorial, and we are committed to working with the community to preserving its importance to the town.

“Over the years, plaques have been damaged and replaced, but in different styles, so we want to know what people think about their replacement.

“Should we carry on replacing as and when necessary, or perhaps consider replacing them all at once so they are consistent?

“Should we look at how we can use technology – such as QR codes – to allow people to interact with them more, and find out about the stories of those we are commemorating?

“I am immensely grateful to The Historical Research of Sittingbourne for their work in putting together the survey, which will help support key decisions about avenue.

“This is an important commemoration to those who fell in both world wars, and we want to make sure it is maintained and managed for the benefit of future generations.”

The survey is running until 5pm on Friday, 25 June and can be completed at www.swale.gov.uk/avenue-of-remembrance. Anyone who wants a paper copy of the survey can request one by calling 01795 417420 or emailing lynnewton@swale.gov.uk.