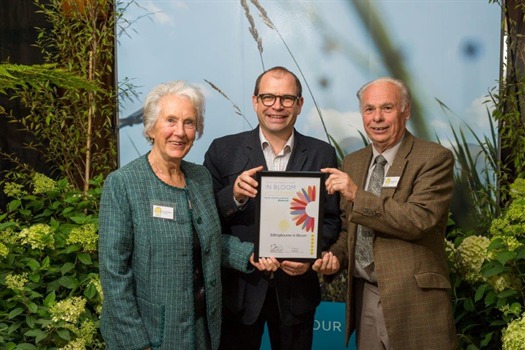 The hard work of an army of local volunteer gardeners was rewarded at the RHS South, South East in Bloom Awards last Wednesday.

Sittingbourne in Bloom won its first ever gold award in the large town category.

The award recognised the contribution the Council and the Committee had made to the appearance of the town with their floral displays and with the Committee’s co-operation with other community groups with similar aims.

But the award of Gold was not the end of the story. Milton Creek Country Park also won a Gold award and been recognised as the best country park from here to Dorset

King George’s Playing Field won a silver, at its first entry in the competition 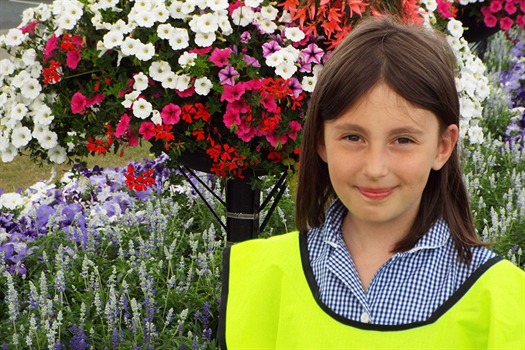 Further good news was that the In Bloom flower bed in St. Michaels Road, designed by Francesca Bandalac of Regis Manor School, had been recognised as the Best Single Floral Display in the whole Region and that Mr and Mrs Eric Watson of 6 Hobart Gardens, by the Peoples’ Choice, had the best front garden in the Region. 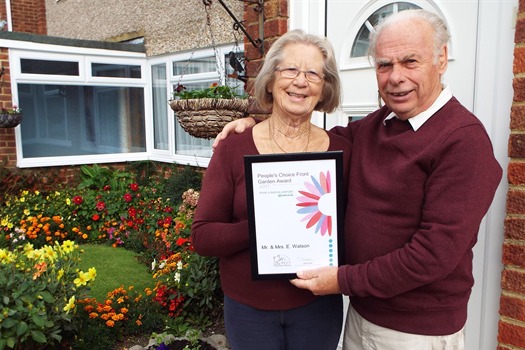 Local schools and community groups across the borough also picked up a host of accolades, including Bapchild and Tonge Church of England Primary School being the overall winners of the schools art competition.

Malcolm Moore, the Chairman of Sittingboune in Bloom, said it had been a good day for the town and recognition of the hard work and skills put into improving the local environment by various dedicated groups and people determined to make Sittingbourne a more colourful and interesting place in which to live and work.

“This was a fantastic night for local projects, and I’d like to warmly congratulate all those whose efforts brighten up their neighbourhood for everyone to enjoy.

“It’s wonderful to see projects being named best in the region, which is a great advert for the borough, and a just reward for all the hard work put in.”