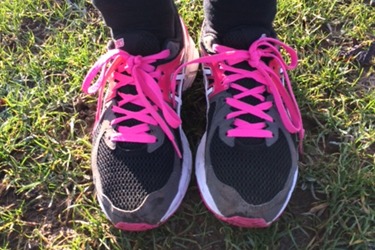 On Saturday 17th Charlotte Shaw from Sittingbourne hosted a Charity Bootcamp to raise money for Aimee Willett. Aimee has been battling cancer since December 2014 and has two young sons. Charlotte wanted to raise awareness of cervical cancer and help the family at the same time.

UKP Leisure kindly donated a pitch at the sports ground on Gore Court Road. Everyone met at 10am on a chilly but sunny morning. After a warm up of jumping jacks and hopping up the pitch the group was split into two and battled it out over a game called “whats underneath. 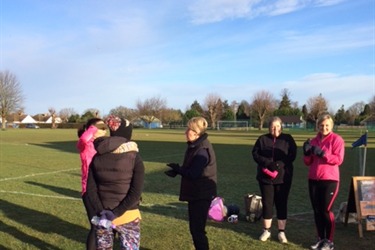 The Group then took part in a 22 minute high intensity workout that torches fat and changes your body! It’s the workout that keeps on working all day!

Everyone enjoyed themselves, had a giggle and so far Charlotte has raised over £100 for the Charity. Charlotte said some people still want to donate even though they couldn't make it…

Top to Toe would like to thank everyone for coming and taking their time out of their busy schedule.