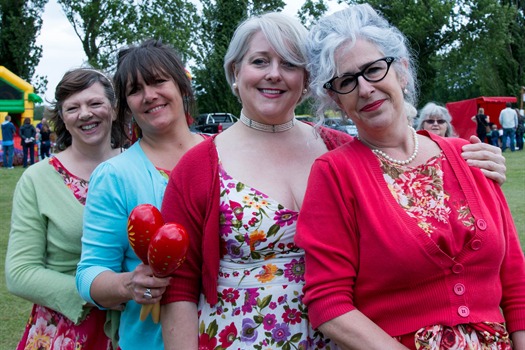 Residents came out in force to celebrate, following the Parish Council’s purchase of the recreation ground, which has thwarted proposals for housing on the site. 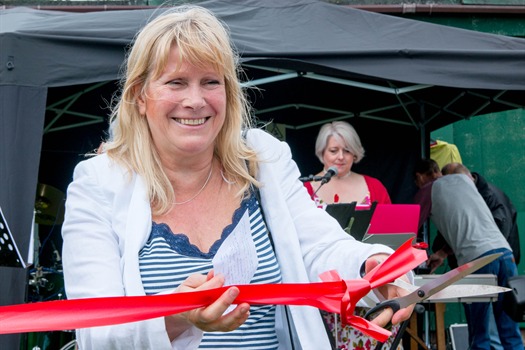 Following a short speech from previous Parish Council Chairman Beverley Willis, and the current chair Mrs Penny Twaites, Cllr Twaites cut the ribbon to mark both the official opening of the School Fete and to celebrate the purchase of the recreation ground by the Parish Council. 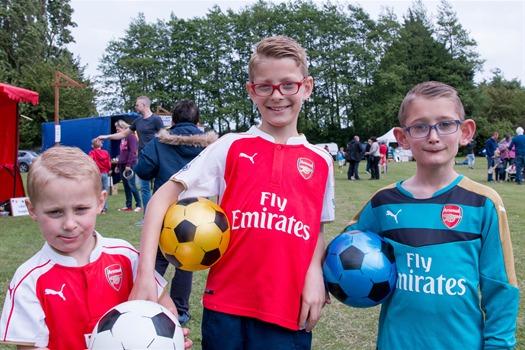 The School Fete was the inaugural event, following the purchase of the recreation ground which was finally completed on January 21st 2016. 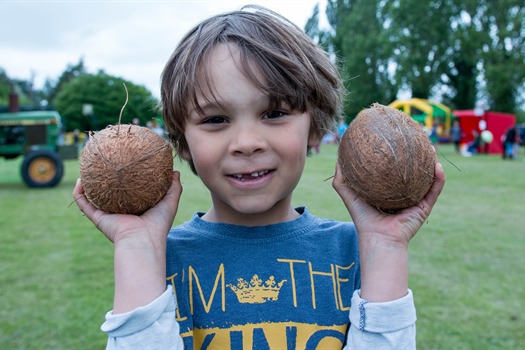 The purchase of the recreation ground was funded by a combination of Parish Council reserves, grants from Swale and KCC Councillors, village groups, and many donations from individual parishioners. However this was only possible thanks to the generosity of the previous owner who sold the land to the village at less than the market value. 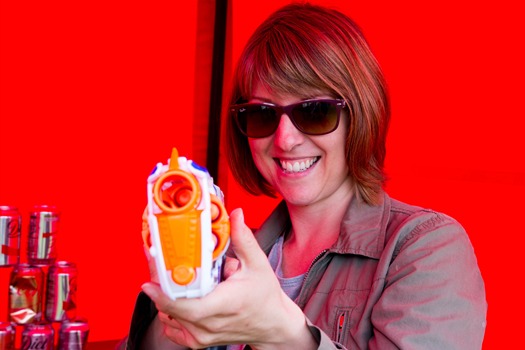 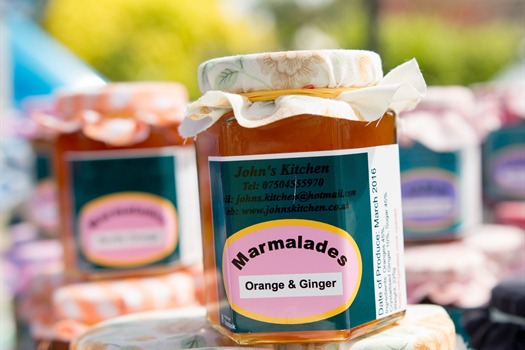 I just wanted to give a little plug for local producers, John and his wife Claire who trade under the name 'John's Kitchen' whom I've known for some years now and who produce some very nice Jams, Marmalades and Chutneys as well as some weird and wonderful alcoholic fruits. 07504 555970. 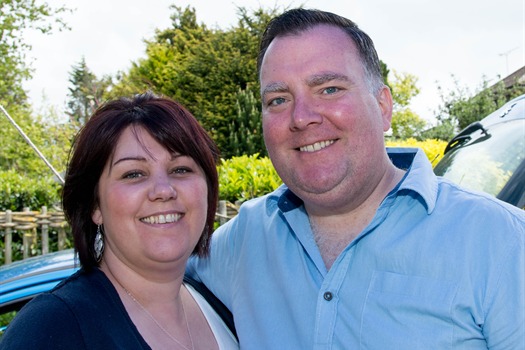