Chalk it Up brings art to the streets of Sittingbourne 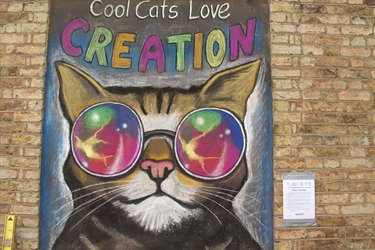 As predicted a whole army of artists, both professional and amateur did indeed descend on Sittingbourne High Street to create dozens of amazing works of art, all in chalk, along the walls, pavements and many alleyways. 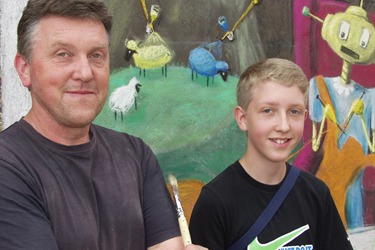 Commercial artist and illustrator Kevin Ralph with his son

The Sittingbourne Chalk Art Festival ‘Chalk It Up!’ was the brainchild of local artist and manager of Marvellous Murals Dean Tweedy who sponsored the event along with Ideas Test. 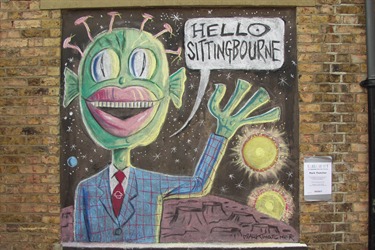 Dean said “Everyone seems to have really enjoyed themselves and had even more fun than they might have expected. Some of the artist were really nervous beforehand about creating works in the public eye, but working together in groups with lots of people around they have a whale of a time. 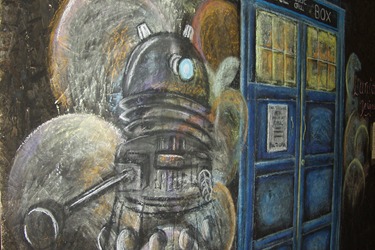 There was no particular theme with everyone involved was invited to let their imagination run wild It was even more outstanding given that the majority of which had never worked with chalk before. Some of those involved were digital artists, some were painters, but it didn’t matter and what I found particularly inspirational was the one gentlemen who said he had no prior experience what-so-ever in any form of art, but just wanted to give it a shot. 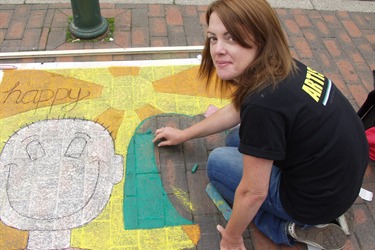 I think you'll agree the standard of the artwork created at today is outstanding and quite a few of those involved will be back tomorrow for a very special collaborative 3D masterpiece. 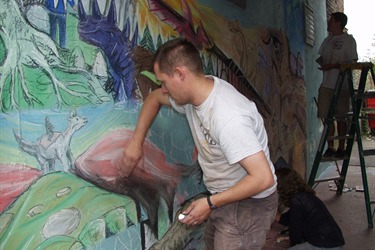 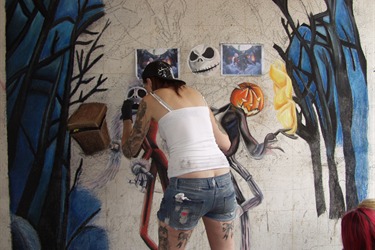 Sittingbourne artist Mel Hanson, who had help from sisters Louise and Nazine.