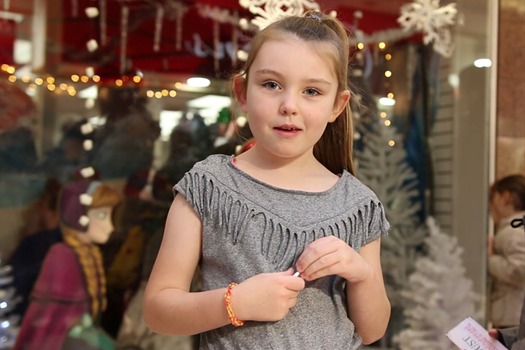 
Once more, albeit not as sufficiently prepared as I should have been, I set out to capture all the excitement of Sittingbourne’s Christmas Lights Switch On day.

I had this mad idea several days ago that I could replicate something that would appear to be popular at Weddings these days, namely persuading people to mime to a popular song and create a video from the results. Then I considered the potential issues and decided that perhaps this was overly ambitious and never gave it another thought. 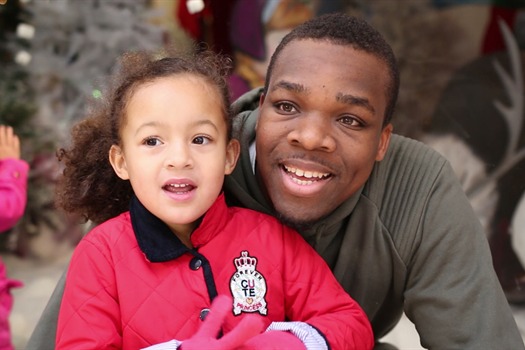 About an hour before setting off to commence filming decided, purely out of interest rather than with any intent, to see if I could find any suitable music which I duly did and quickly acquired some lyrics which appeared to match. 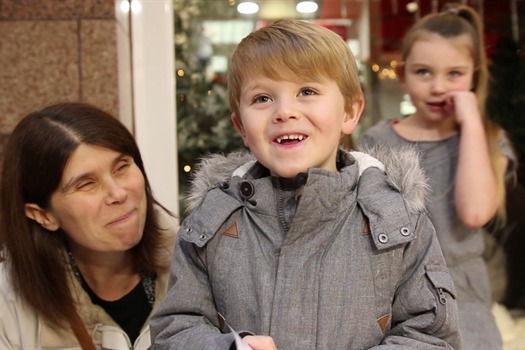 How on earth I managed to persuade anyone to take part I'll never know, but the generosity of Sittingbourne residents should not be underestimated. You can see the results yourself in the video at the foot of this article. 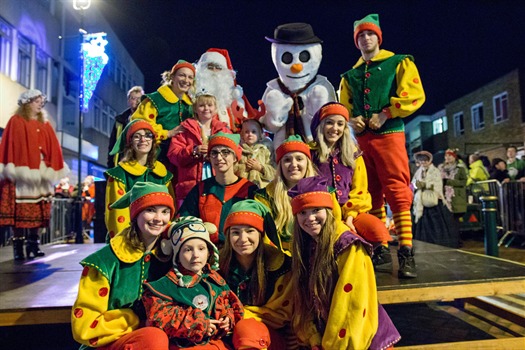 Once more the Sittingbourne Christmas Lights Association put on a fantastic day, and provided a roster of activities including Zumba with Keely of Tonics Fitness Centre, The McManigan Academy of Irish Dance, Dudes & Divas Dance and Swale Sings Choir who performed at selected intervals during the day.

There were of course other things to keep everyone entertained although perhaps not quite as many as in previous years, but if you went into the Forum Shopping Centre at any point in the day, you could not have missed the enormous queue waiting to catch Santa in his Winter Grotto located in Bourne Creatives. Surely the most popular Santa ever. 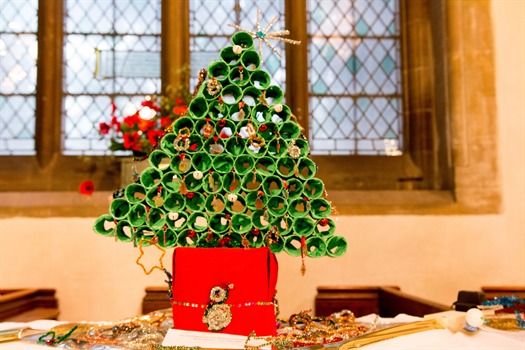 There was once again a Christmas Tree Festival at St Michaels Church, which was even larger than last year and it would seem such a popular concept that many other Churches have adopted it this year. There were some very original trees, this year and I particularly liked the one shown here made from toilet rolls, simple but very effective.

The day cumulated as is now tradition with Santa’s parade, followed with festive songs from Teynham School Choir and finally two lucky pupils helped Father Christmas to switch on the lights. 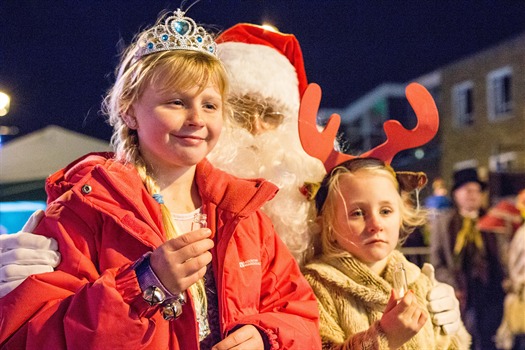 Now I know that some people were a little confused as to why the entire high street didn’t light up simultaneously at that point, but this is due in the main part to not having the necessary equipment to remote control the various lighting columns which in reality need switching on one by one and there simply are not enough volunteers to do this by hand.

Now we all enjoy the lights, that's obvious from the huge numbers of people that turn up each year, but without our generosity, whether from donations or entering the prize draw this fantastic day can’t carry on, so if you see Santa and his merry band of Elves in your road in the next few days please help if you can.