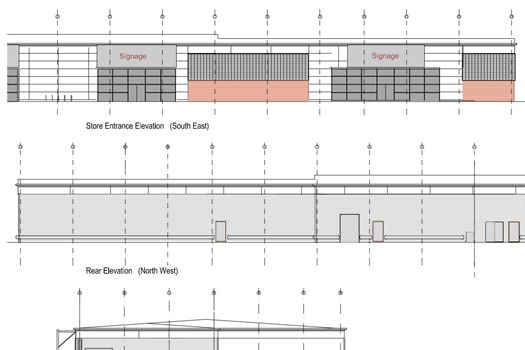 Now I don’t know about you, but I had the distinct impression that the recent announcement that a Marks & Spencer Food Hall was coming to Sittingbourne was generally very well received. A real positive step in the right direction for once. Surely if Marks & Spencer come to town other retailers are sure to follow.

In fact, some people thought that it was simply too good to be true.

Well it appears that Swale Borough Council wasn’t one of them, and oblivious to the public’s mood, has raised concerns about the impact that such a store would have on the High Street and on their own town centre regeneration plans.

The hypocrisy and double standards which the Borough Council are applying to this application are astounding, especially given that these very same concerns have been levelled at the Council in relation to their own town centre regeneration plans.

Are we really expected to believe that the proposed retail element of The Spirit of Sittingbourne scheme, which is located on the other side of the road, would have no impact on the high street but an M&S Food Hall would be detrimental and not only the High Street, but also to the ultimate businesses whom would occupy these new retail units.

This is utterly absurd.

Marks & Spencer have argued that the Spirit of Sittingbourne proposed new retail units to be located in the Biffa depot are targeted at non-food operators so it would appear that on this point the Council has no case what-so-ever.

With regard to potential harm on existing businesses located in the High Street, all I would say is that if such harm can be proven it would most certainly be applicable to whichever businesses come to occupy the new retail units. Therefore, the Council would essentially be making a case against their own scheme, which is odd given that it already has permission.

Marks & Spencer also allude to the fact that the number of retail units proposed in the Councils own proposals may be about to change to a smaller number and that they are already let.

Marks & Spencer plan to open the new Food Hall which will be located next to Halfords in the Sittingbourne Retail Park in March 2017 and will be creating 55 new full and part time jobs.

M & S shop will spoil and detract from existing businesses in Sittingbourne Town Centre :( What a joke.  Charity Shops, Banks, Building Societies, cheap shops, and a few clothing stores! That is why people drive to Canterbury, Maidstone, Chatham and Bluewater for choice, and decent items to purchase. Wake up Council !

Take a look back in history ! i'm sure you will find that M&S wanted to come to town many years ago but certain shop owners who were also councillors prevented it as it would bring in competitors to their own business.

We moved from Walderslade in 2015 to Eastchurch . I make a weekly visit to  M&S  food hall at Hempstead Valley. On hearing that a M&S food store was to open in Sittingbourne, I was delighted. Can't wait. It will encourage me to spend more time and money in Sittingbourne.

I work on the retail park and have not met with a single disapproval to m&s food hall. We are all excited as are customers that come into our store and find out about the food hall coming to sittingbourne.

Contrary to what the council are saying the general talk is that people will be able to shop in sittingbourne and so stay in our town to do other shopping.

The council don't listen to the general public. They do not own this town they are there to improve services and bring new business and jobs and prosperity to this town. Not keep us in the past! Like themselves people in this town want good employment opportunities and this goes a long way towards that.

When will the council wake up and realise that this major retail company (M&S) will bring much needed jobs into the area and stop consumers going to other locations that can provide what residence want?

It seems even more ironic when you factor in that they include Morrisons as part of their regeneration plans. I fail to make the distinction between the so-called damage that a food retailer such as Marks & Spencer might inflict on the town centre and what impact Morrisons have already had.

More likely that this would be in conflict with Morrisons, although surely different ends of the food market

What planet are these council members living on? They appear totally detached from those they represent. A M & S food store is surely a dream come true for a town trying to redevelop-I would have thought every town would be crying out for such a reputable store to set up in their community!