Council says no to governments cash for houses bribe 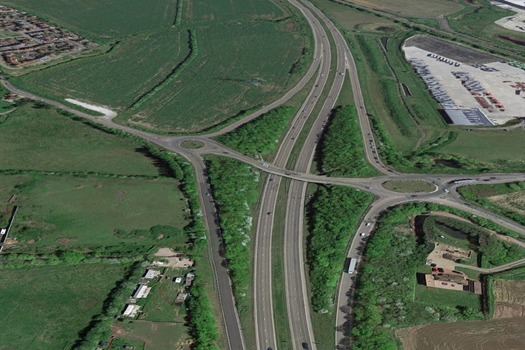 In a bold move Swale Borough Council has rejected government funding to improvement transport links because it is predicated on building thousands of additional houses without any direct funding for other key supporting infrastructure such as health and education.

The Housing Infrastructure Fund bid which resulted in a £38.1 million award for improvements to two junctions of the A249 has long been the subject of controversy after it was revealed that it was drafted by housing developer Quinn Estates.

Swale's coalition administration says it is not prepared to be bounced into accepting thousands of extra houses by the promise of government housing funding linked to road improvements.

The new administration has pledged to deliver a new Local Plan that will provide sustainable housing developments, with high quality and environmentally sensitive housing, local jobs, and a focus on living local, working local, and enjoying life locally. We cannot support the imposition of more dormitory estates across the borough that rely on commuting many miles to work and which are out of the price range of most local people.

The administration is seeking to deliver a green Local Plan that will be less reliant on car use, with a focus on public transport and green infrastructure. A housing target that is realistic and proportionate. 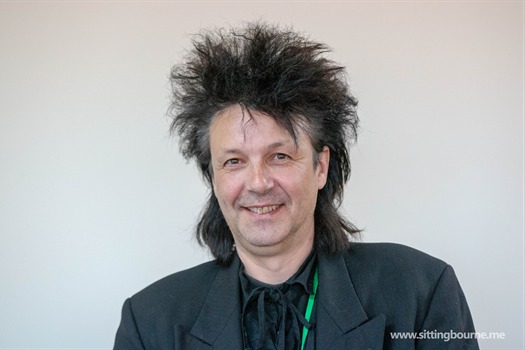 “As a coalition we remain committed to delivering a strong Local Plan that meets all the needs of local people across the borough in an ecologically and sustainable way. That is what people voted for in 2019.

“We hope people will support us in delivering on those promises.”

Recently, the Government has announced that money may be made available for improvements to the Grovehurst Roundabout. This money comes from the Housing Infrastructure Fund and is intrinsically linked with the delivery of ever more housing. We strongly feel however that this is not a basis on which we can agree to support this funding.

Road improvements are necessary but must be part of a package that tackles all the infrastructure failings caused by the existing increase in housing, rather than being the means to deliver even greater housing numbers.

There is nothing in this funding, for example, that tackles the chronic shortage of GPs in our area, and the woefully inadequate health provision. We appreciate that the Government itself is aware that this road-focused approach to infrastructure is inadequate, and we welcome their plans to come forward with a more integrated approach to Housing Infrastructure Funding that will seek to address the other major concerns many Local Authorities have.

This Housing Infrastructure Fund money would require us to run counter to our ambitions. By leaving the Grovehurst Roundabout and the Bobbing Interchange as the only two major road junctions in our Borough with spare capacity going beyond 2031, we would face insurmountable pressures to provide the full 10,000 new houses the Government is demanding. And the failed approach of simply filling up green fields with more dormitory estates reliant on the Strategic Road Network to get into London for the daily commute would continue.

We need investment just to meet existing demand - not to be the catalyst for causing even more demand.

Consequently, although in the final instance this remains a Kent County Council decision, we cannot support this bid as it runs counter to the Coalition’s principles of sustainable local development.

Furious of Faversham...what do you mean the houses are coming !...outside of Faversham where the rest of us in Swale live they have already arrived ages ago, Sittingbourne and Sheppey have had to endure a massive increase in houses and traffic on our roads whilst Faversham has been left alone...Im afraid you are late to the party and if you want to see it in action come and sit on the A249 every weekday morning along with the rest of us.

What the general public don't understand is that this will not give any weight to the Council resisting housing development. Swale has a target set by central government of ~1200 new houses per year; if they do not meet this target by approving development on sites assessed by the planners then the Secretary of State can and very-much-will authorise them on any bit of land that is remotely acceptable, regardless of local opinion.

The houses are coming, and now the roads will just get worse.

This is an incredibly short-sighted and foolhardy decision by councillors whose only aim is to get their face in the paper and secure votes from the chronically mis-informed.

An excellent decision in my view. We don't need loads of new housing we do need vastly improved healthcare, public transport, education and law & order services though.

I rather like this new council a refreshing change from the atrocious lot we had before!

After all these years of toadying up to Conservative Central Office by accepting the endless unfair and unsustainable demands of their Government, we have a new Borough Council. Sticking for Swale and up to Central Government by refusing to be held to ransom is so refreshing.

Ten thousand new houses in exchange for a couple of roundabouts?!?

The response by our MP is very disappointing though demonstrates once again how far out of touch with the Constituents of Sittingbourne and Sheppey he really is.