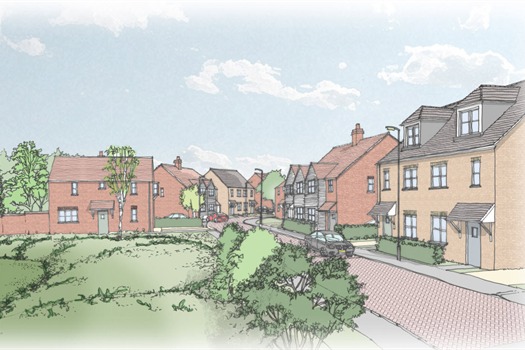 This Thursday evening an application is due to be considered for 50 new homes on Manor Farm alongside the old A249 Chestnut Street. Whilst the site is an official allocation within the recently adopted Local Plan there remains an outstanding objection from Highways England, a point which council officers have neglected to even mention in their report.

The objection is simply to resolve the means by which the applicant may mitigate the developments impact on the A249/A2 Keycol Street junction. Essentially the applicant may provide their own mitigation or work with KCC and Swale Borough council on a wider collaborative mitigation scheme.

Highways England suggest that whilst discussions are ongoing, they must have reached agreement on the proposed mitigation prior to the proposals being permitted. Failure to comply would see the application referred to the Secretary of State for Transport, which could potentially result in a full blown public inquiry.

Both Swale Borough Council and KCC have also been requested to bring forward as a matter of some urgency the wider mitigation scheme in accordance with their commitments at the Local Plan Examination. 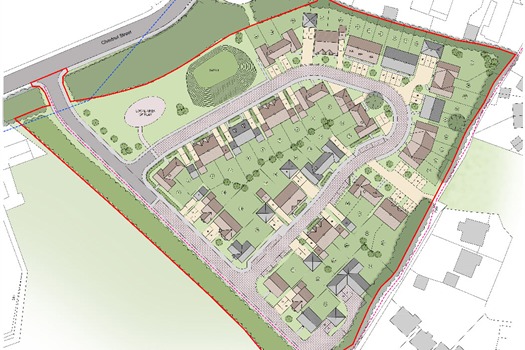 Whilst the report by council officers outlines much of what is stated in correspondence with Highways England in an email dated 31st May it has not included the section which clearly states “HE would ask SBC to refrain from permitting this development. Should the Council wish to resolve the application prior to HE receiving and responding to the required information, please contact us and we will provide you with a formal response based upon the position as it stands at that point in time.”

As recently as 14th July Highways England wrote to the council stating that they have not had any response from the applicant since 31st March and wished to know whether the application was likely to be progressed or withdrawn.

Highways England say that they remain committed to working with both Swale and KCC in their task of producing a robust, up-to-date and proportionate transport evidence base; both to support the Local plan review and to deliver the Local Plan in the period before 2022.

Not only does HE have an issue with this development, but so do all the residents who border this proposed development. The proposed houses will over look existing houses, will overshadow current ones due to the typography of the land being some 8-10ft higher than the land existing houses are already built on. There have been 2 previous applications for houses in the past on a smaller scale, both of which were declined.

What's changed with this application other than the pressure from central government?