Home / Blog / Creative outdoor fun showcases local talent
Well to say that I was a little disappointed when it started raining as we set on our way to Art in the Park, really doesn't sum up the sense of frustration with the weather forecast which had predicted the rain much later in the day.

However, we continued unabated, but the rain actually got worse and there was a point by the time we’d taken the first few photos and my cameras were getting wet that we were going to call it a day. Then the clouds parted to make way for a glorious sunny day that simply hadn't even seemed possible at the start of day. How glad we were that we had persevered. 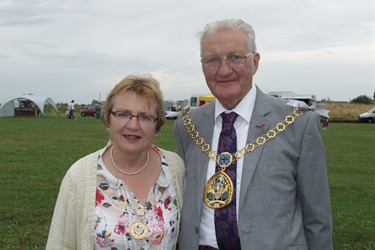 This was our second outing to Art in the Park and whilst there certainly was plenty to see and do, there was perhaps slightly fewer artists present than last year. 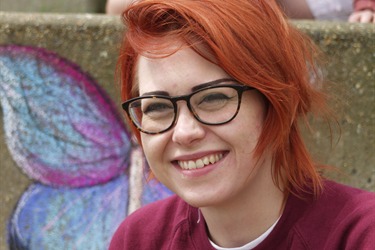 Dean Tweedy and Jaime Richards from Marvellous Murals were helping children to create their own works of art using chalk and drawing bugs and insects on stone blocks. 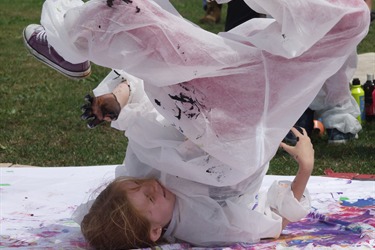 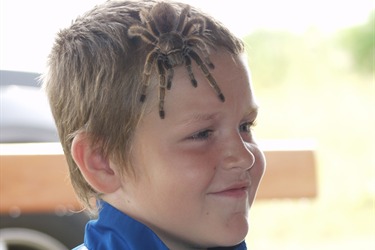 Creepy Claws from Whiteleaf Farm in Teynham gave vistors an opportunity to interact with a variety of reptiles, insects and spiders. 9 year old Lee didn’t look happy with the spider on his head and my 12 year old son Ashley looked decidedly uneasy during the video which we shot with Creep Claws owner Michael Tyler. 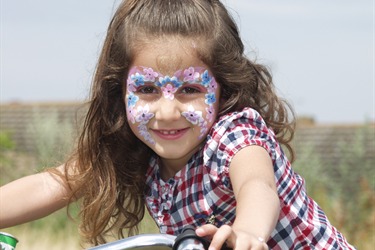 Amicus Horizon has a ‘Rock the Bike’ experience where you peddle like mad to blend your own drink, 5 year old Jayla above giving it a go.

We also looked in on Luniac Design who introduced us to KRONOS their very friendly dalek, which you’ll be able to see on our video. 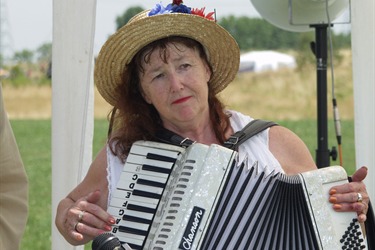 There were a number of performances throughout the day including some unusual musical performances by Big Fish Arts. 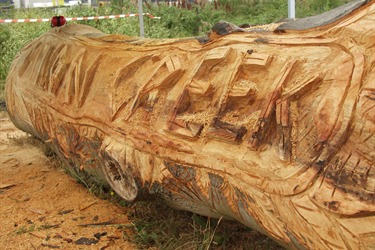 Chainsaw artist Tribal Animal was busy demonstrating his skills by carving a Milton Creek Country Park sign at the entrance. 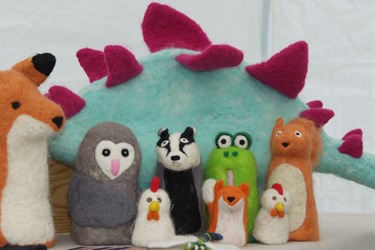 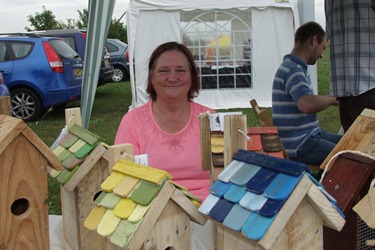 Rosemary from Eco Shed with some bird and bug houses made from reclaimed wood. 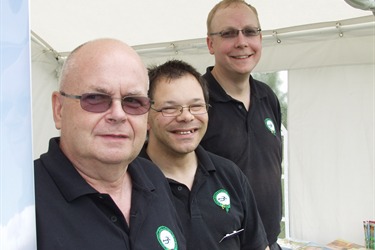 Sittingbourne Steam Railway who were also present told us of their plans to raise £75,000 to replace the recently lost ticket office, and provide a waiting room, CCTV and disabled access for the 7,500 thousand or so passengers who enjoy their railway each year. 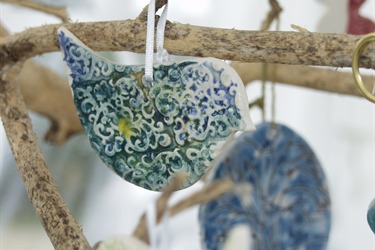 Louise Goddard, a ceramic artist from Ashford had some lovely items such as the bird above on her store.