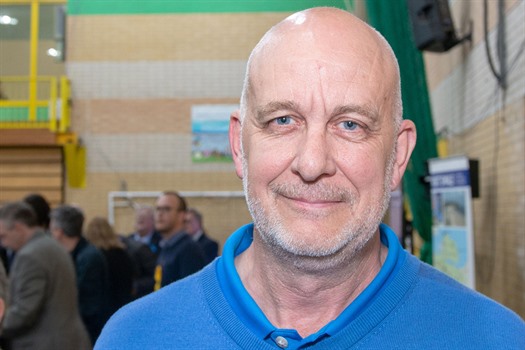 During a council meeting held on the 17th June a motion was put forward by Cllr Monique Bonney to request that the council ask the Department for Transport to work with the Highway Authorities and other relevant stakeholders to develop a County wide/South East England strategy to help tackle the problems associated with unofficial lorry parking.

The council doesn’t wish to support ad-hoc proposals for new lorry parking facilities such as those at Brenley Corner (Junction 7 M2) without fully understanding the broader picture of how individual proposals will work in the context of a Kent wide strategy and planned investment in the strategic road network.

"They (the cabinet) are quite clearly working behind the scenes in closed doors, probably involving brown paper packages with the Duchy of Cornwall who do not want a lorry park on the land opposite their thing (proposed development)"

Council leader Roger Truelove asked Cllr Horton to withdraw his comments straight away, to which Cllr Horton responded with “It’s the language repeatedly used by the current administration when describing my parties work, so if its good enough for them…”

Cllr Roger Truelove has told us

“I took this to be an accusation of bribery between Cabinet members and the Duchy of Cornwall and asked him to withdraw the reference to brown paper parcels”.

“He refused to do so on the grounds that such language had been used about his party. Only after the threat of expulsion was raised did he make an apology for saying this at a Council meeting, but he did not properly withdraw the accusation.”

“There are absolutely no grounds for the accusation of brown paper parcels and not only has the Cabinet been publicly maligned but so too has the estate of the heir to the throne; a strange thing for a avowedly patriotic party to do. “

“The Cabinet feel that Cllr Horton has brought himself, his party and the Council into disrepute.”

How rude about our future King of England, I wonder what the punishment for treason is these days for this councillor?

Utterly disgraceful conduct, especially coming from the tory leader on the Council.  Obviously takes his cue from the egregious leader of his party nationally, whose mendacious pronouncements assume that everyone is as amoral and casual with the truth as he is.

No evidence, no proof, just mudslinging to compensate for the tories' total lack of anything useful, positive or constructive to contribute to any debate about improving the lives of local people.

Just proves how right the electors of Swale were to turf them out last year. They are beneath contempt.