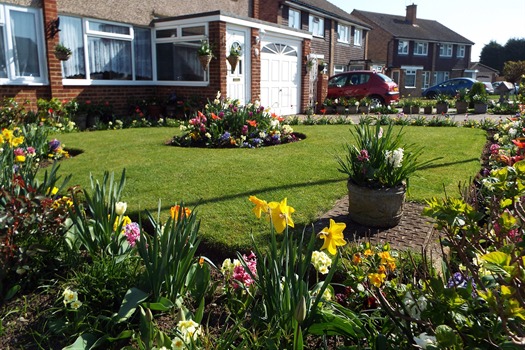 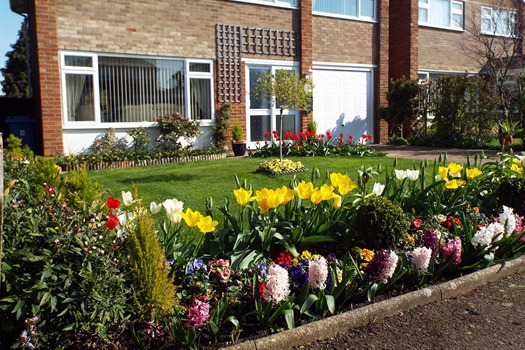 This year winners were Eric and Brenda Watson of Hobart Gardens, but hot on their heels were neighbours Mrs & Mrs C Harvey who came third and Mr & Mrs D Butters of Cobham Avenue who came second. 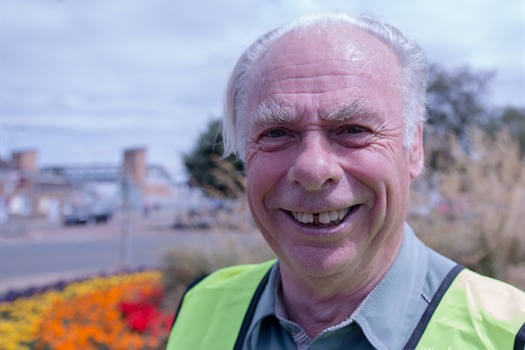 Commenting on this year's competition, Malcolm Moore, In Bloom Committee Chairman, said "Another fairly mild Winter brought the Spring flower displays on early. By the time judging started many of the daffodil and crocus displays were finished but they were replaced by beautiful displays of primulas, pansies. tulips and wallflowers. “

“We managed to find some spectacular displays and it is encouraging to see so many new gardens in the list of winners, which itself is the longest we have ever had. The town’s gardeners are to be congratulated on the results they produced in a very tricky growing season.”

The trophies and certificates will be presented at the annual In Bloom prize-giving ceremony to be held at the end of September/ beginning of October 2017.