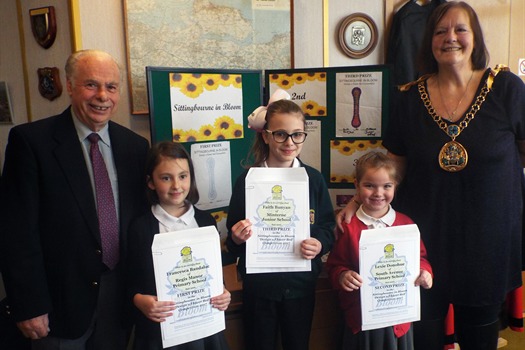 For the past twelve years the Sittingbourne in Bloom committee has organized an annual competition to allow school children to design a landscape feature in the town.

Until this year the competition was based on the railway station roundabout flower bed but that feature is due to disappear in a few weeks as the new road layout to fit in with the town centre regeneration takes shape.

As an alternative, the committee chose the sizeable flower bed in the central reservation of St. Michael’s Road just north of the East Street roundabout.

This year there were hundreds of entries from school children from seven Primary, Junior or Infant schools across Sittingbourne.

On Tuesday three lucky children attended a special prize giving in the Mayor’s Parlour, where Mayor Lesley Ingham awarded the children with a voucher each from Sittingbourne in Bloom, a caterpillar propagator growing kit from Swale in Bloom and a certificate. 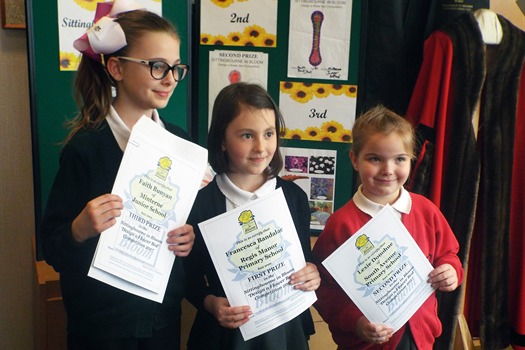 Malcolm Moore, Sittingbourne in Bloom Chair, said "I have been very encouraged by the number of schools and school children taking part, especially at a time when news about young people is quite often very negative."

The winners design will be planted up at the beginning of June with a plaque, she will then take this for her own garden in late September.