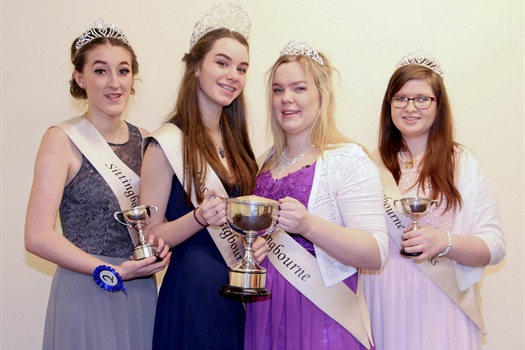 Gemma Stokes aged 16 was named Miss Sittingbourne at the end of the selection process for the Sittingbourne Carnival Court which took place on Saturday evening at the Woodcoombe Sports and Social Club.

Association chairperson Pam Griggs told us that it was another busy night, although the number of entrants had dropped off a bit from previous years.

What I find most interesting about that observation is just how many young ladies come back to do it again. And this year’s court selection highlights that better than ever.

Joint Princesses for 2016 are Rebecca Port (aged 17) for the second year in succession and Kendle Hunter (aged 18) who was a princess in 2014.

Guests at the night proceedings included Swale Councillor Anita Walker and a number of former queens and princesses as well as many other carnival courts from towns all over Kent.