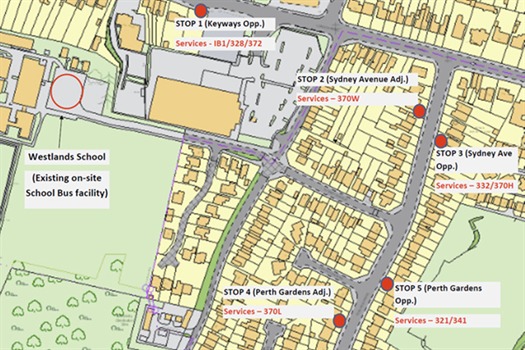 Council leader Roger Truelove says plans to relocate school bus stops outside of Westlands school grounds and on to the public highway are ‘totally unacceptable’.

Westlands School has written to parents informing them that from Monday 28th October pupils using a bus to get to school will be dropped off and picked up outside of the school at a number of locations along the A2 and Adelaide Drive.

Headteacher, Mr Cox explains that a large increase in pupil numbers, which have been forced on the school, and the need to invest in new facilities has resulted in the re-organisation of the area close to the Cryalls Lane entrance which means that there will be nowhere for the buses to park.

Mr Cox says “We have worked in conjunction with Kent County Council and the three bus companies to plan the way forward. Whilst we understand that the change will take a while to get used to, we all have to work together to ensure the new arrangements are successful.”

We are given to understand that a number of bus clearways will be introduced along Adelaide Drive which means that a parking restriction will be put into place from Monday to Friday from 8am until 4pm.

It appears that the four planned pickup points along Adelaide Drive are existing bus stops, however none of which provide sufficient space for a bus to park without blocking residents’ driveways. So whilst this may be inconvenient for the occasional bus stopping for a minute or two, we simply do not see how this can work for buses stopping any length of time. 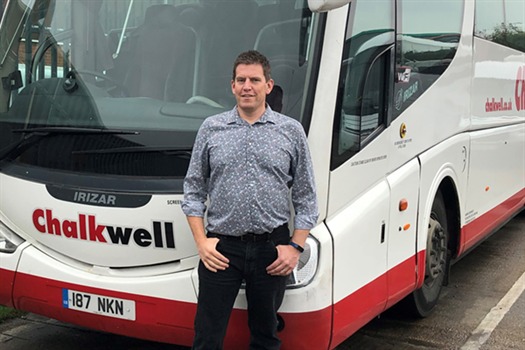 Managing director of Chalkwell Coach Hire, Roland Eglinton told us “I would like to assure the public that the problems from the end of October are not caused by the bus operators, who are simply trying to carry children to and from school in safety with drastically reduced facilities.”

“For decades school buses have been able to set down and pick up in the school grounds via the entrance on Cryalls Lane. Currently there are around 12 buses per day serving the school, from three different operators and transporting hundreds of children to and from school in safety.”

“Bus operators have worked extensively in cooperation KCC Highways in order to find a solution, however there are no easy answers in terms of an alternative location, and buses will therefore be stopping on the A2 at Wickes and The Billet, and also in Adelaide Drive.”

“This will be particularly difficult in the afternoons when buses need to be in position ready for the children to board, and will all be waiting at these points at the same time. We anticipate the impact on the surrounding road network will be substantial, including causing delays on the already-busy A2.”

“Residents of Adelaide drive will not only have to contend with several buses in their road at peak times, but also several hundred children spilling out onto the narrow pavements, and potentially front gardens and driveways.”

Council leader Roger Truelove “We are really angry, it’s an awful idea, but we are also angry about the underhand way this has been done.”

Writing to Kent County Council, Cllr Truelove makes in clear that neither council officers, members of the council or indeed the KCC ward member were consulted. He says “I consider the decision making to be shabby and underhand”

Cllr Truelove goes on to say, “I can't help feeling that by putting in the clearways KCC are accepting, formalising and condoning what the school and bus companies are doing.”

“It means the KCC cannot be absolved from the consequences which include congestion, residents unable to access their driveways but most of all students having to cross the busy Adelaide Drive without the crossing points and patrols that are available on the London Road.”

“Swale Council cannot be associated with this imprudent process.”

“I am asking for an embargo on the decision for the sake of more open and inclusive consultation.”

I have just reminded that KCC sold off part of Westlands playing field some years for housing. Chickens eventually coming home to roost?

When I attended Westlands many years ago there was just the original building, rural science hut and a port-a-cabin type building within the quadrangle area. Nothing like what has been build on the site since.

How wonderful for Mr Cox that he can make an arbitrary decision that affects so many in such a cavalier fashion. But then why should we be surprised? The cult of the individual, selfish behaviour, lack of thought or consideration for others - what wonderful traits for a teacher of our children to display.

I am pleased after meeting with the cabinet members for highways and education on Monday I have now a commitment to stop the clearway being marked up for the time being. Also a meeting with officers,cabinet member,officer from the MP's office and SBC cllrs on site to look at the proposal this Wednesday.

I am not aware as yet of any safety audit or further measures to improve existing safety issues or allow legal access to properties along Adelaide Drive in a safe manner.

It is unfortunate that Kent County Council has very little sway in any decisions that Westlands decides to make by its Head teacher and governors to expel these buses from the site. Quite obviously getting the pupils to school is a must but it does have to be done in a sensitive way having regard to nearby residents.

To hear of this from residents is not the way

I have called a meeting with local councillors to discuss this and, in the meantime, asked KCC not to progress the bus clearways.

It is bad timing that the proposed relocation of the bus pick-up/drop off to Adelaide Drive has coincided with the shift in traffic flow away from the St Michaels Road area Magical Mystery Tour to the south side of the town. The whole traffic flow in Sittingbourne has been stood on its head and this needs consideration now.