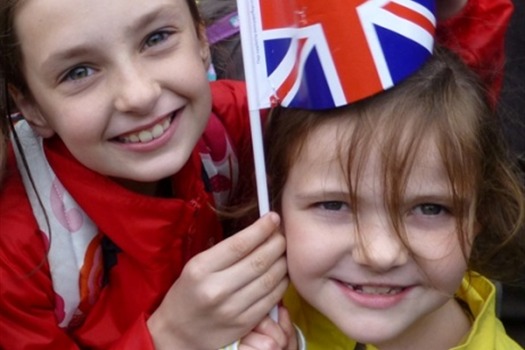 Guides and Brownies from four units across Sittingbourne had the experience of a lifetime when the attended the festivities at the Trooping of the Colour ceremony to celebrate the Queen's official birthday.

The lucky participants which consisted of a group of four Guides, twelve Brownies and four leaders received tickets for the youth enclosure at the annual event. 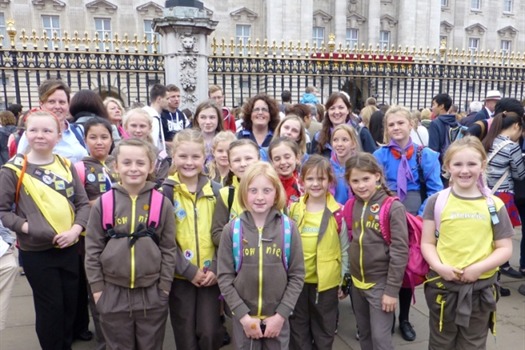 The group were fortunate to get a frontline view of the parade, where 1400 officers and soldiers, together with 200 horses and over 400 musicians from 10 bands paraded along The Mall.

Holly Bray a Guide from 2nd Sittingbourne said “we had to be up very early to catch the train a 6 o’clock but it was a privilege to be able to attend this special event.” 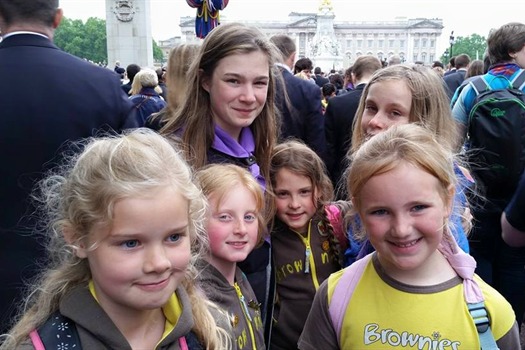 Fiona Whiskin, assistant Brownie leader at 1st Iwade Brownies, said they were oneof the first groups to be taken along The Mall after the parade and were right at the front of the crowd when the Royal Family came onto the balcony at Buckingham Palace and the RAF did a flypast.

Karen Cook from 6th Milton Regis Brownies said "It was absolutely brilliant we had a fantastic view of HRH Prince George for his first balcony appearance, the procession went past very, very close. The girls were extremely well behaved and I was a very proud Leader, it was one of those very special days.”