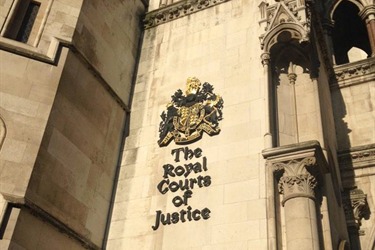 For the best part of four years, following the arrival of caravans on a field in Blind Mary's Lane, Bredgar, residents have battled with Mr Brazil and Mr Baker who own adjacent plots of land on which the caravans are situated.

Today’s verdict which enforces a planning enforcement notice originally served on Mr Baker and Mr Brazil around three years ago, is ultimately dependent on the outcome of a planning appeal launched in December by Mr Brazil.

Therefore any action is suspended pending the outcome of the appeal hearing by a Planning Inspector.

Bredgar Parish Council Chairman Beverley Willis explained that after taking up residence on site for a period of more than three years, the applicants were entitled to pursue a planning application, which Mr Brazil duly submitted.

This was subsequently rejected by Swale Borough Council at which point Mr Brazil decided to appeal. Enforcement action cannot be undertaken whilst a planning application is in progress, hence why today’s verdict is only valid if the applicant’s planning appeal fails. 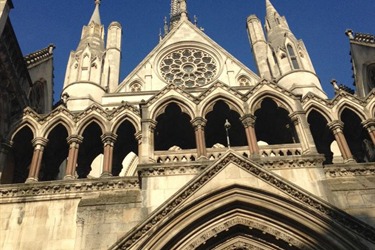 Should the appeal be unsuccessful, both applicants will have a period of four months to remove any caravans and cease occupation of the site and a further two months to clear the site of hard standings etc.

Cllr Monique Bonney who was present at the hearing today, said that “It was a good result and now we must wait for results of the appeal. It has been an enormous challenge the residents and Bredgar Parish Council to push this to the top of the agenda and finally get a High Court hearing.”

It is my understanding that Swale Borough Council did reject the planning application and that the applicant has now appealed the decision and it will be for an independent Government Inspector to make judgement.

if the council reject there planning application ...which I hope they will otherwise this is such a fix...the illegal travelers should be made to put back the site as they found it, have to pay all the court costs and pay compensation.... We have to hammer home you CAN'T do this!!!! if you  llegal camp you pay a price!.. And if your a traveller... Indeed do travel not stop!