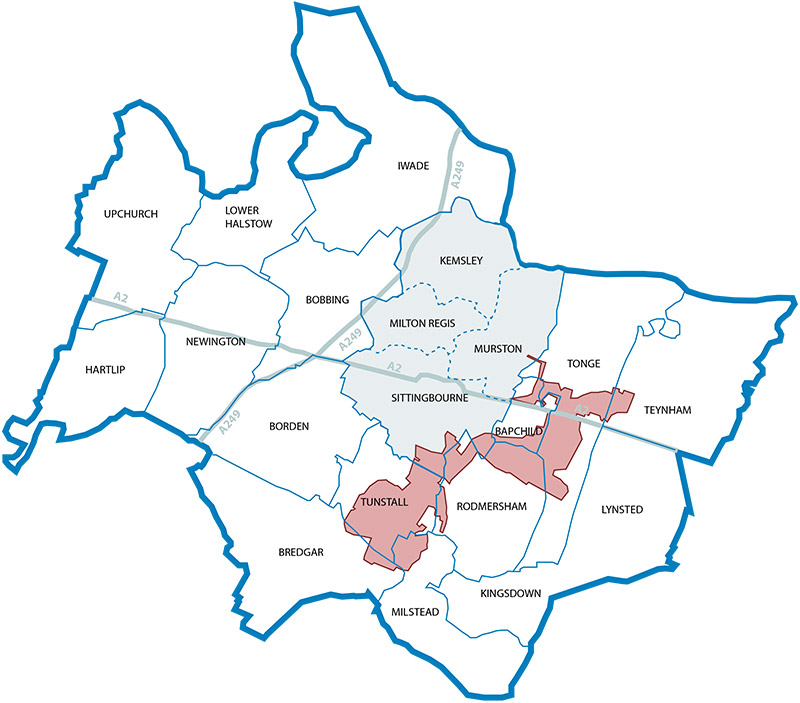 In a significant development for the hugely controversial Highsted Park proposals which are not part of the councils plans, the two speculative planning applications submitted for the development are currently not lawful as they needed to include an environment statement setting out the significant effects of the proposals on the environment.

The council has taken expert evidence on the sufficiency of the statement and has issued notices seeking further information. The application is unlawful until the required information on issues such as archaeology and the impact on nationally important habitats is received.

The update also includes a summary of legal advice on the application for a new motorway junction for the M2. This advice says that a planning application is not the correct procedure for a new junction. The legal view is that it should be pursued though a development consent order as it would be a nationally significant infrastructure project. These are determined by the Secretary of State, not the local planning authority.

The applicant is also required to consider alternatives to a new motorway junction and demonstrate the strategic need for one as national policy aims to minimise junctions on safety grounds.

The council is required to ask that alternatives to, and alternative routes for, the two relief roads be considered. It is also asking for options and alternatives for the location of any new motorway junction, a no interventions option, and an option that gains access off the new junction 5 of the M2.

This will require a new round of traffic modelling to inform consideration of strategic planning applications and the local plan, as well as meeting the concerns of Natural England.

Natural England has expressed two concerns about the proposals. Firstly, the scale of further recreational pressure from additional population will need to be mitigated over and above the proposals in the current scheme. They are seeking what are known as “sites of alternative natural green space” to divert pressure away from the coastal special protection areas which include internationally important sites.

Secondly, they have concerns about the effect of air pollution from additional traffic along the A249 which could affect local bird populations. This affects not only this scheme, but other developments being promoted through the local plan process.

All this means that the strategic need for infrastructure, alternative options for the infrastructure, and mitigating impacts on the important wildlife sites must be resolved before any detailed consideration of any specific planning application.

This huge new development is being built on good farmland, this should not be allowed.  Also there is no infrastructure to support it. Already we are moving towards shortage of water, soon our sewage system will not be able to cope with the already huge amount of development in Sittingbourne.  Already we are short of School places, particularly in the Secondary sector, with no Secondary Schools atall in the North of the Town.

I remember when we had people who stood up to plans to overdevelop the Sittingbourne area, and went on fighting year after year.   I stood with them. What have people learned from those years?  Well it seems they think that there's no point in fighting because it changes nothing.  Nothing will change if those currently holding power believe there's no local opposition.  I understand that there are currently over 2,000 families in emergency accommodation here, with no hope of being rehoused because they can't afford commercial rents.  How many homes are being built for social housing? The developers are only interested in profit, not in meeting needs of those who can't give them a profit.  We need homes as well as housing.