Keith Reynolds the man behind the idea told us that numbers were up a massive 66% on the previous year which proves just how popular this event has become in a very short space of time. 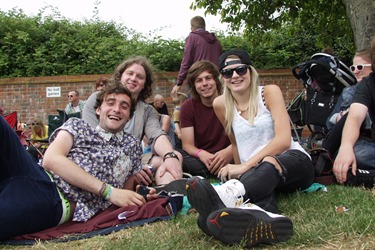 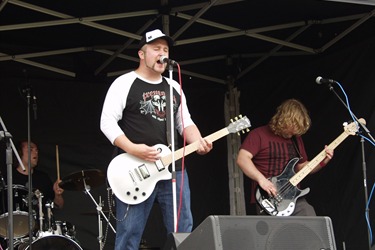 
All ten of the bands who played yesterday did so completely at their own expense and never earned a penny from the takings which all go to charity.

Keith said “There are two charities we support each year, one of which is Iwade Village Hall and the other local charity we alternate and this year it is The First Responders who are a group of volunteers who attend emergency call outs where paramedics can’t get there in time, these guys get there and carry first aid.” 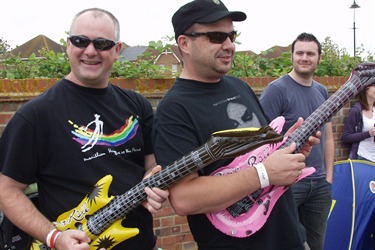 Local residents John Whiskin and Justin Kemp strutting their stuff at the Iwade Rock Music Festival. That's right guys you show then how its really done. 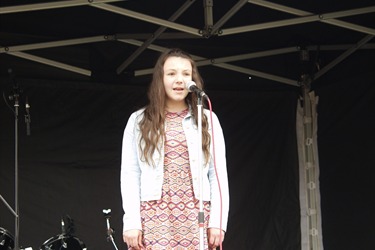 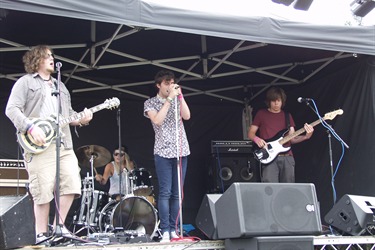 Keith was also very keen to point out that there is a whole team of volunteers that give up their spare time to help put on a show like this, the ladies from the village hall committee who run various stalls, keep the kids entertained and perform a whole host of other activities are essential to the event.

We were only able to attend for a short while and didn't get to see all the bands, so apologies to those bands not mentioned here.

You can watch the full interview with Keith Reynolds below

Here is a video of some of the music played in the very brief time we were there. Starts with the band Alter Ego and 13 year old Abbie Roberts who made a guest appearance and finishes with a few songs and interview with Dan from Deepwater Horizon.