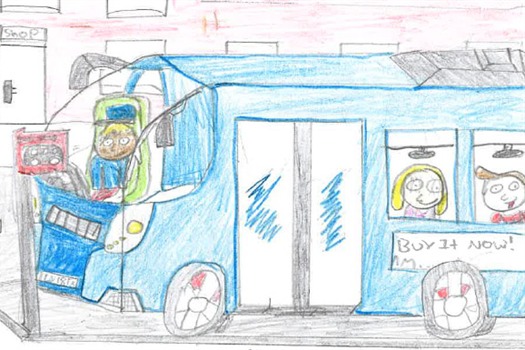 A year six primary school pupil from Sittingbourne has been chosen as the winner of a children’s birthday card design competition launched by Arriva Click to celebrate its first birthday this month.

11 year old James from South Avenue Primary School, whose picture of an Arriva bus driving through a sunny town centre took first place in the competition, will see his design turned into a flyer that will be delivered to 25,000 houses in the Sittingbourne area during the week of Arriva Click’s birthday (16th April).

Second and third place in the competition also went to South Avenue Primary School pupils Charlie, 6, and 4, who will receive Amazon vouchers for taking part.

Oliver Monahan, Area Managing Director for Arriva in Kent and Surrey said: “We couldn’t think of a better way to celebrate our one year anniversary, than by giving budding young primary school artists the chance to design our birthday card.

We received some amazing designs but the team here were exceptionally thrilled with James’ design and the level of detail that went into his creation, and we’re excited for him to see it land on the doorstep of 25,000 Sittingbourne residents. 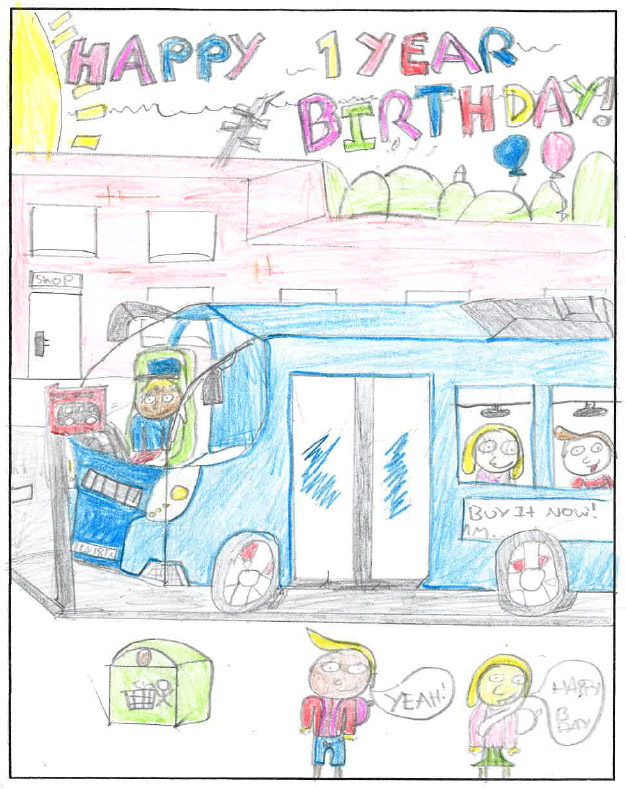 We would like to thank all of the children that took the time to design and send in their entries, it’s safe to say there really is a network of talented young artists in our midst.”

ArrivaClick, which has been operating a smart minibus service in and around Sittingbourne, including Kent Science Park, asked local primary school children to take part in a competition to create a 1st birthday card to celebrate the service turning one year old this month.

To further the birthday celebrations, Arriva Click will be rewarding passengers who travel with them on the week of its birthday with a selection of surprise treats.

Arriva Click launched as a trial in March 2017, with the aim of providing safe, easy to use and affordable transport options for local people.