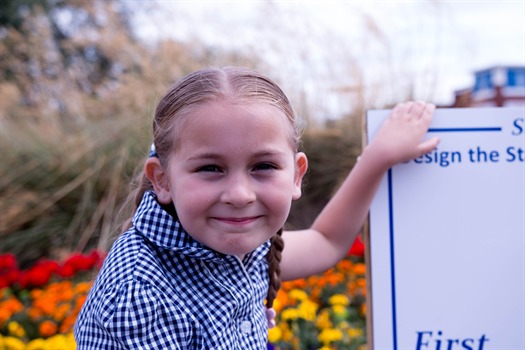 Winner of this year’s Sittingbourne in Bloom Station Roundabout Competition, Lana Wood was finally able to see firsthand the recreation of her floral design planted up by Blenwoods, the Council’s landscape contractor. 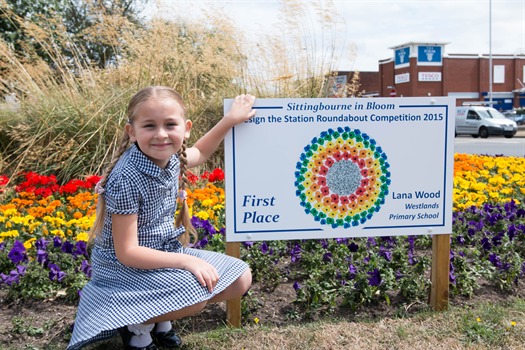 Lana from Westlands Primary School, managed to beat off competition from pupils of ten Sittingbourne schools who contributed over 500 entries between them. 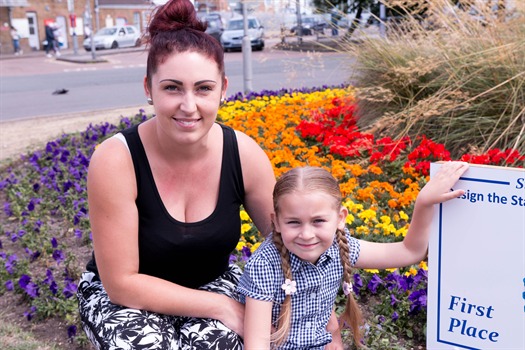 Malcolm Moore, the Sittingburne in Bloom Chairman, said that this year’s competition had particular significance as it would probably be the last time the competition was held as the roundabout is due to disappear as part of the town’s regeneration plans. 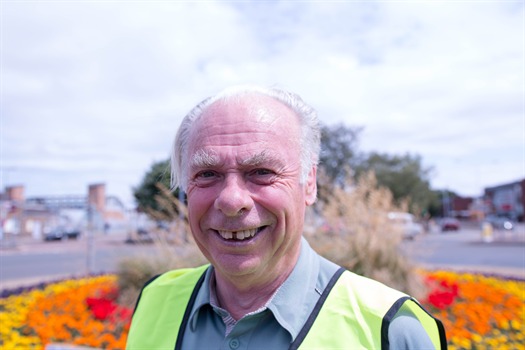 He said the competition was ending on a high note as Lana’s design was probably one of the most colourful the town has seen.