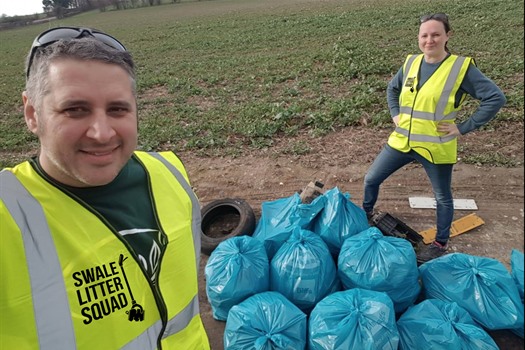 For a while now, I have spotted a number of posts appearing on Facebook about a litter pick group organised by Swale Litter Squad. In Bapchild and I’m sure many other areas we are lucky to have our own keen volunteers that give up their free time to undertake this task, but not everyone is so fortunate. Keen to find more about this growing movement I contacted Rich Lehmann to tell us all about the group.

"After organising nine group litter picks with Swale Green Party in the late summer and autumn of 2020, we were just beginning to build up a strong volunteer base. Eight volunteers came along to our final litter pick of the year on the A2 between Bapchild and Teynham and we managed to collect 13 bags worth of litter between us on a cold Sunday morning. I really was pleased with the momentum we'd started building up across those four months, but aware that we may not be able to have any more group events for a while because the Covid cases were increasing rapidly at the time (we now know that this was thanks to the infamous 'Kent' variant)."

"When the new year arrived I started going out walking to try and start losing the shocking amount of weight I'd gained during December after we bought a load of food in ready for a family gathering at Christmas and then ended up having to eat it all ourselves! Initially starting with four mile walks, I soon built up my fitness and worked up to eight, nine and ten mile walks. I mainly stuck to the country lanes as the weather was so wet at the time that many of the off road footpaths were completely soaked."

"Whilst out on the walks I realised that although the litter was definitely worse in and around the villages (and especially on the trunk roads) there was litter pretty much everywhere. You could barely go ten metres along any road without spotting a piece of litter if you were looking hard enough." 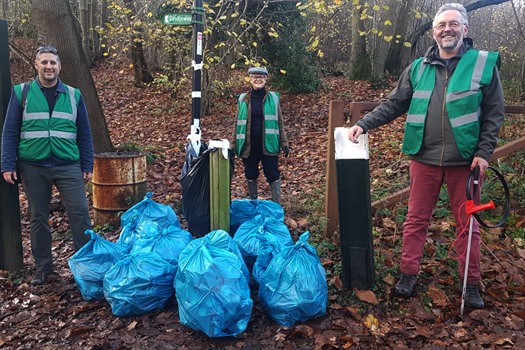 "Our group litter picks had been focussed on the worst areas and worked well because of two main reasons."

"Firstly, that people could borrow litter picking equipment when they arrived and give it back at the end, and secondly, because we were able to use the blue bin bags supplied by the council and were also able to arrange for them to collect the filled bags afterwards rather than having to work out how to deal with it ourselves (which is an issue if you've collected 13 bags worth!)."

"The idea behind Swale Litter Squad was simply to provide those two things (equipment and the collection of picked litter) to anyone who was keen to get involved. I was fairly sure we'd be able to get the council on board, as Vikki, Swale Borough Council's Environment Projects Officer, is incredibly helpful and ready support any initiatives that help keep Swale tidy, but I thought we might struggle to find the funding I required to buy 30 sets of litter picking equipment. Thankfully, the first councillor I contacted to talk about the idea was independent councillor Ben A Martin. He loved the idea and agreed to provide us with funding we needed through his Members Grants Fund."

"By the middle of February we had the equipment and were ready to launch! That weekend I put a video up on Facebook and shared it in a few village groups across the area. I was blown away by the response. Within days I had signed up 50 volunteers wanting to get involved with the project, many of whom already had their own equipment but just wanted to be involved or wanted to make use of the council supplied blue bin bags. By the end of February pretty much all of the 30 sets of equipment had been earmarked and by mid March they were all loaned out." 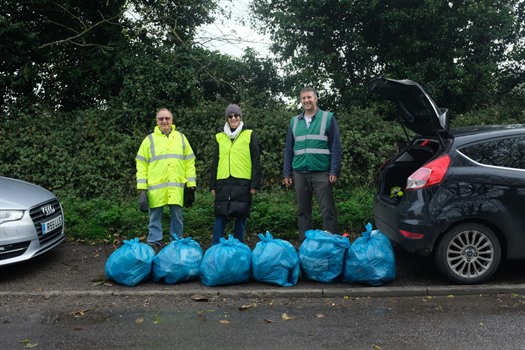 "Our volunteer list continues to grow on a daily basis. As of late March we have 112 volunteers across East Swale and Faversham and a handful more have signed up from Sittingbourne and Sheppey. I am currently working on making contact with local volunteers in those areas who are already organising picks to hopefully ensure that all of Swale is covered."

"In just one month I have distributed over 500 blue bags to around 50 volunteers who are out doing solo litter picks - and almost all of those bags have been used with some volunteers now requesting top ups directly from the council. Many of the rural roads in the area have been cleared of years’ worth of accumulated litter and can hopefully now be managed much more easily if picked regularly. We have a massive team armed with the right equipment and ready to mobilise once we are able to get out and litter pick as groups once the current restrictions have been eased."

"I hope that we have truly turned a corner now in the fight against litter, and that this can be a positive outcome from what has been a rough year for so many of us." 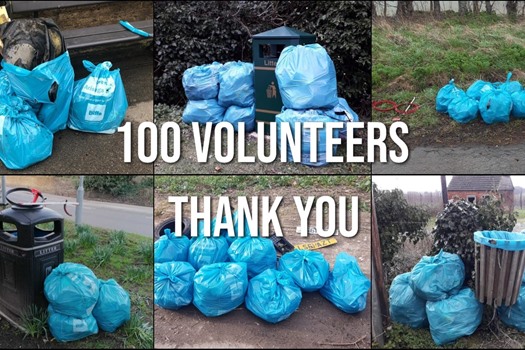 If you want to keep up to date with the groups activities then visit their facebook page https://www.facebook.com/SwaleLitterSquad