Local talent shines at Battle of the Bands contest

Home / Blog / Local talent shines at Battle of the Bands contest
Last Friday I popped along to the UKP Leisure Battle of the Bands for the first half of the show and whilst it was obviously disappointing not to have seen all the bands, it was rewarding to have met and talked to some of the musicians taking part.

Six bands took part in total originating from as far afield as Brighton, but exactly how much of a battle it was in reality remains unclear, as ‘River Becomes Ocean’ the band who did end up winning the coveted prize of appearing at next weekend’s Party in the Park told me that they were the headline act, which was a bit odd.

The bands / solo artists that took part were Joe Mitchell, Bear Joints, Men Amongst Kings, The Crownless Kings, Born to Nothing and River Becomes Ocean. 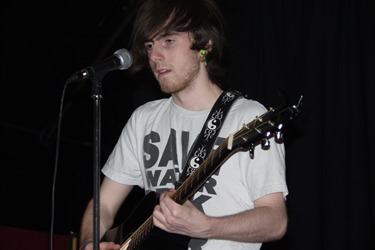 I was surprised by the deep soulful vocals of 17 year old Joe Mitchell from Sittingbourne who had the dubious honour of being first up. The Ex Borden Grammar School put on good fight with an entirely acoustic set and a broad range of covers of well known and less well known country, folk, funk, indie and pop acts. 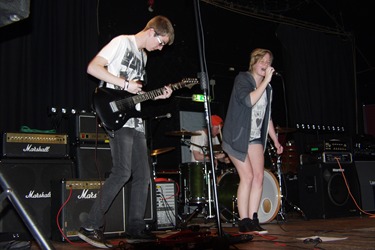 Next up were an energetic four piece from Gillingham called ‘Men Amongst Kings’ who performed their own blend of indie rock and who will be making another appearance next month at the Iwade Rock Charity Music Festival.

They tell me that they jointly write all their music, with no one prominent writer and again they also put on a good show, albeit the vocals were a bit low in the mix, not that they had much control over this due to lack of time. 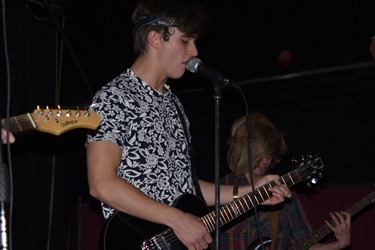 The last band a briefly saw were Bear Joints who will be in Sittingbourne Town Centre this Saturday at around 1pm as part of the line up the ‘Rock the Carnival Concert’.