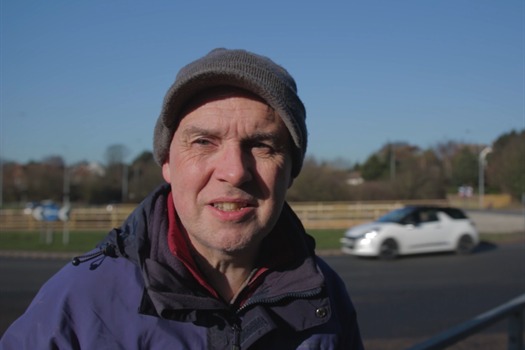 However, this is just one aspect of the overall proposals which may include traffic lights at Key Street roundabout, at the Wises Lane / A2 junction and on the proposed new roundabout on Chestnut Street. There are also plans for a change to the Maidstone Road / Stockbury roundabout interchange as a direct result of the Wises Lane development which I can only assume is due to an expectation of more traffic using Chestnut Street and then Maidstone Road otherwise it’s hard to imagine why they would bother.

The ‘Statement of Common Ground’ a formal agreement between the developer Quinn Estates, Swale Borough Council, Highways England and Kent County Council Highways that sets out the proposals, actually encourages routing traffic through the proposed new development instead of using the A2 and therefore Key Street roundabout. 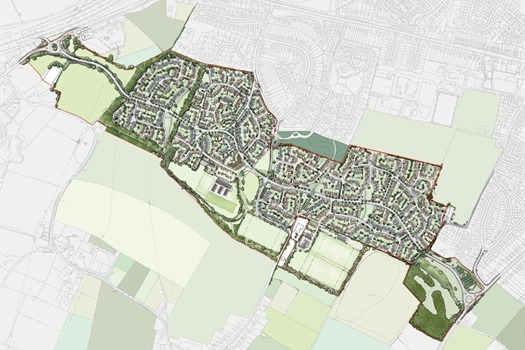 Indeed, a strategic link between Borden Lane and Wises Lane is discussed, although I find it perplexing that moving traffic off the A2 and through a housing estate is considered best practice, let alone viable. Surely not the best-selling point for Quinn’s latest prestigious development.

Further research reveals that there are plans to modify the A2 junction with Wises Lane in order to support what it terms as ‘the reassignment of traffic from the A2’ and this takes the form of yet more traffic lights.

The document also mentions the addition of traffic lights at Key Street roundabout.

“This idea has been around for some time to support new development in the Sittingbourne area.”

“However, work done to date indicates that signalisation will be required to accommodate the local plan proposed development in the Sittingbourne and Newington areas; and for the Wises Lane allocation as proposed in the Plan it will need to be linked with signalisation of the Wises lane A2 junction.”

Given the long history of problems created by the installation of traffic lights, this simply beggars belief. Just look how well the M2/A249 Junction 5 works when the lights aren’t working. 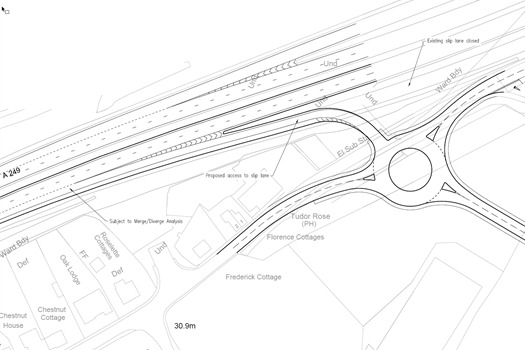 The proposals illustrate that access to the A249 Maidstone bound will now be via Chestnut Street and a new roundabout which doubles up as a primary means of access to the proposed new housing development at Wises Lane.

From Key Street you would turn off onto Chestnut Street and after navigating round three quarters of what appears to be a relatively small roundabout, you will be expected to enter the new slip road round a near 90 degree bend downhill, presumably to gain some momentum by which you will seamlessly join the flowing traffic of the A249.

Surprisingly the scheme does not appear to be creating a new slip road, rather it utilises the tail end of the existing road, albeit a very short length of it.

Chestnut street has over the years become a favourite place for commuters to park and for customers using the popular Tudor Rose public house when its car park is full. These cars are not going to disappear so where are they likely to park?

Another obvious issue is that this scheme is designed to work in one direction only. All traffic returning to Sittingbourne will still be encouraged to use Key Street roundabout. I say encouraged because obviously, there would be little to prevent the use of Chestnut Street entered from Stockbury roundabout as a way to avoid Key Street on the return journey. 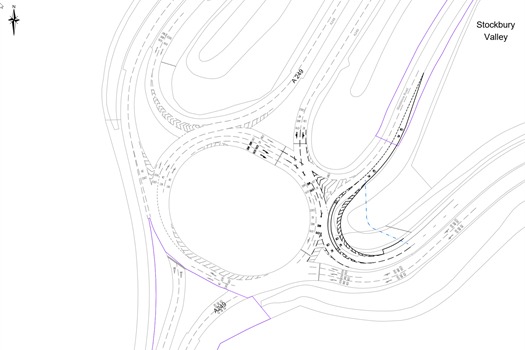 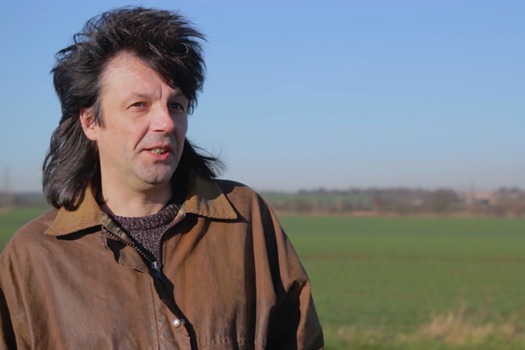 Cllr Mike Baldock who is critical of the proposals, is concerned about a number of potential issues including the impact on the residents and businesses located along Chestnut Street, the relatively small size of the roundabout to handle significant volumes of traffic, the commuters who park alone Chestnut Street, and the prospect of using a road through a housing development as an alternative to the A2 and the conflict that will ensue as a result. He says this will result in chaos.

The council are looking at the wrong end of the problem, the A249 is at over capacity I would prefer to see a flyover at the M2 junction to carry traffic over the roundabout for south and north bound traffic and new slip roads for the M2. this would keep traffic moving and subsequently ease traffic on the A2 at Key Street.

I live in Medway but run a small business in Sittingbourne, it take me longer to get from the Eurolink Est and up the A249 now than the rest of the journey home.

I used to run the business in Medway, not sure I should have moved to Sittingbourne, things just seem to be getting worse.