Litter Angels is a charity set up by Mr Henderson in 2008 to create, through education, awareness about the anti-social nature of litter and its effect on our local environment.

The Mayor presented a Litter Angels certificate and a mug, individually made for each child by Little Potters, to the winner from each school. Altogether 17 schools took part in the competition. 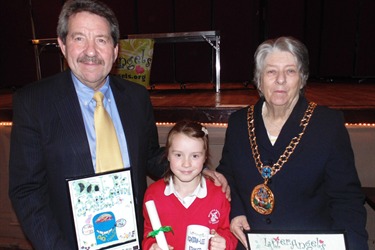 A special award was also presented by Mr Henderson to Owen Clinch, who recently cleared the play area at the Milton Creek Country Park of litter. Altogether he collected 7 bags full of litter.

“Reducing the amount of litter in our streets and parks is the quickest way in which we can make a real impact on our local environment. I started Litter Angels because I felt that encouraging primary school pupils to get into the habit of not dropping litter would lay the foundations for a cleaner tidier Britain when they grow up. 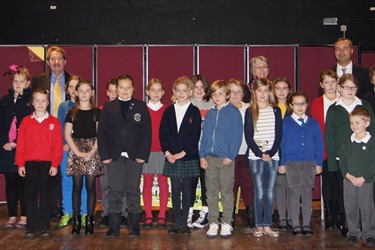 “This year’s Litter Angels competition was a great success with more schools than ever taking part. I would like to thank all those involved with the competition, particularly, McDonalds for their continued support.”