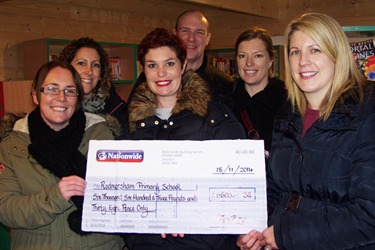 Following a frantic year of fundraising the Friends of Rodmersham School were delighted today to hand over a cheque for £6,603.38 to the primary school to facilitate the opening of a brand new library and pay towards a mini bus. 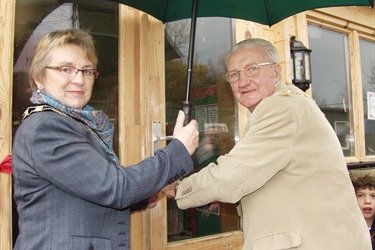 The grand opening was undertaken by Swale Mayor Cllr George Bobbin who was accompanied by his wife Brenda.

FORS committee member Laura Toon, told us “We were given a target of £5,000 for the new library. As you can imagine this was quite a big effort for such a small school with only 70 families, slightly daunting for us all” 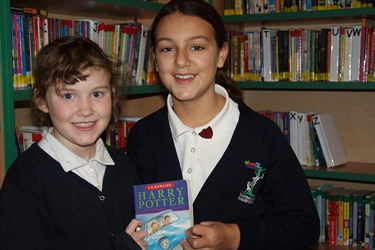 Amelia and Eleanor who showed the Mayor how everything worked

“We have had numerous events since January including a Comedy night, Wine and Wisdom, Summer Fete and Easter bunny hop. These were very well supported by the families in the school, the teachers and the wider community.“ 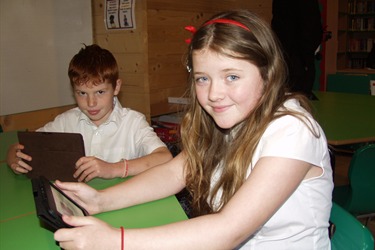 Fred and Georgina with the new Kindles

“The children are already seeing a huge benefit from the library. The monies raised have helped with furnishing the library and supplying new equipment including a system to record books being borrowed. “ 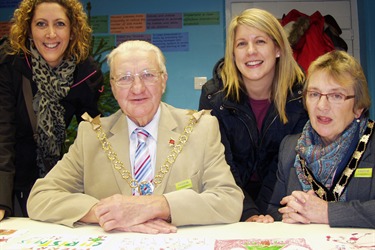 Helen Lovell and Laura Hayre with the Mayor, George Bobbin and his wife Brenda

In addition to the task of cutting the ribbon, the Mayor was also asked to select the winning Christmas card design from the winning entries from each year.

The children ended the day by celebrating with Mr Rootsy (@LondonRoots) who was generously provided by Andy Devaney at ARD-UK Management, who do lot of work to support local schools and the community.