Home / Blog / Mike Honey races to the finish with second Clubman Championship victory
Mike Honey has lived in Sittingbourne all his life and has always enjoyed speed and racing, he used to race kart's as a boy at National level.

As he grew up his passion turned to two wheels! He began riding motorbikes in his late teens and started doing track days to satisfy his need for speed. Several people at the track days commented on his ability and suggested he should begin racing competitively, so spurred on by the positive comments, Mike obtained his ACU racing license, approached some local companies for sponsorship and bought himself a second hand Suzuki GSXR 1000 K9 race bike. 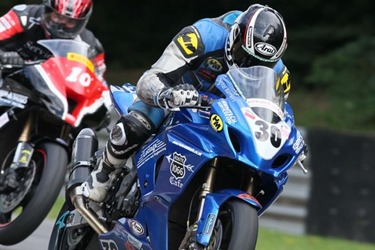 2012 was Mike's first year of racing and he competed in the BMCRC Bemsee Rookie 1000cc Championship. He had a minimal budget and was supported each round by his wife, brother and sister in law - and so team Honey Racing was formed. During his first season Mike found himself to be very competitive and won the championship convincingly. He was awarded Best Newcomer by the championship organisers.

Bitten by the racing bug Mike wanted to continue racing but, as the rules of BMCRC state he couldn't race in the Rookie class again, he decided to progress into the MRO Powerbike class. Within this class there is the MRO Clubman class which means one race earns him points towards both championships.

Using the same bike as the previous year Mike's natural riding ability shone through and he won the Clubman Championship - the same as won by Barry Sheene in 1974, 1975 and 1976. Mike also finished fourth in the main Powerbike class and was awarded Most Improved Rider in 2013 by the championship organisers.

This year Mike set out to defend his Clubman championship and improve his finishing position in the Powerbike class - he intended to do this on the same bike which was at least two years older than his fellow competitors and lacking 25-30 bhp in comparison. 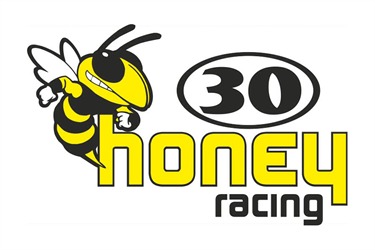 The fantastic news is that last weekend Mike was successful in his defense claiming the Clubman title again and finished a brilliant third overall in the Powerbike class!

It’s amazing to note all championships have been won the same motorbike! Mikes budget is much smaller compared to other riders and his bike is much slower - so this year in particular his success is down to riding ability.

To progress further Mike is looking to move up to a Natioinal level and participate in the Ducati Cup which is a support race of the main British Superbike championship which features Shane "Shakey" Byrne!

To enable him to do this he needs a new motorbike and a bigger budget which means he is looking for further sponsorship. At the moment he has several local companies who sponsor him already including Lotinga Industrial Doors, R.P. Testing Solutions and G&H Technical Services, however it would be fantastic to add more local companies to this list so his dream of competing nationally can be achieved.

Ive known Mike for a long while and have followed his motorcycle racing progress with keen interest from day1. If anyone deserves his chance to continue racing competetively, it has to be Michael.

Team Honey's resourcful resolve during what has been a very testing season, enabled Mike to retake the Championship in a resurgent rush & secure the Champions Title in the last round of the season. Mike doubtless has a natural ability & 'feel' for 2wheels and The3Rs will continue 2show their support for a super talent & genuine bloke - who happens to be a very good motorcycle racer!