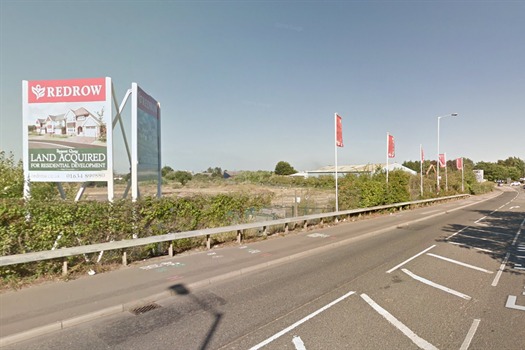 As the council contemplates spending more of your money on another town centre development we ask why and how did we even get to this point.

Next Week Councillors will be discussing a report considering whether the Council should agree the principle of using compulsory purchase to ensure a key housing site in Sittingbourne is developed in a comprehensive rather than piecemeal approach.

The 18.2 hectares of land at Crown Quay Lane, Sittingbourne, is allocated for residential development for at least 650 homes in the council’s emerging Local Plan, but is currently split between 16 different owners.

The present site includes a number of businesses that will be required to vacate including APM Metals, Jewsons, Odds Timber Yard and British Chestnut Fencing.

The Council now claims that without intervention it is considered unlikely that a comprehensive development will come forward in the foreseeable future.

James Freeman, Head of Planning says “The site is integral to meeting the housing needs of the Borough, and for contributing towards the five-year housing land supply. Should the Council not be willing to agree to a Compulsory Purchase Order it would undermine the Council’s approach to other sites within the emerging Local Plan, with the consequences of delivering reduced quality of development and not securing the necessary infrastructure required.”

You may well ask, how we got into this mess, and once again it would appear that the Council vastly underestimated the size of the problem.

All site allocations in the Local Plan are supposed to have gone through a rigorous and lengthy vetting process to make sure that the site is suitable, available and achievable.

Well evidently the site is suitable, I don’t think anyone would argue with that, but available and achievable?

The Councils own supporting evidence says “Although there are multiple land ownerships, approximately 60-70% of the site is within the ownership of Tesco (now Redrow), with the majority of the remainder also in ownerships with intention to develop“

“There are clear indications that developers will bring forward schemes for housing with minimal or no public sector involvement.”

“The Council considers that an earlier commencement of development than judged by viability advice is likely and has been confirmed by developers.”

So the site was brought forward on the basis that it was unlikely that public sector involvement would be required and that it ignored advice and programmed delivery of housing earlier that was deemed appropriate.

Clearly the Council has badly misjudged the situation, undermining the quality of their own evidence which in turn undermines the soundness of the Local Plan itself.

Now once again the Council wants us, the tax payer to foot the bill for their mistakes.

Arguably allocation of the entirely of the site was premature and without intervention deliverability of the entire housing quota before the end of the period is questionable.

Unfortunately, Swale Borough Council has so far declined to respond to any of our questions on this matter.