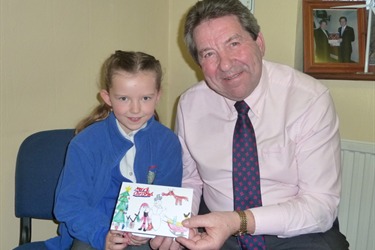 Mr Henderson asked children in his Sittingbourne and Sheppey constituency to design a Christmas card, to be printed and sent out to local constituents and Members of Parliament, including the Prime Minister, David Cameron. 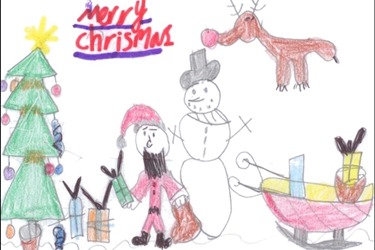 The Christmas card competition was won by Imogen, age 7 from Murston.

“I would like to thank all the children who entered my Christmas card competition and congratulate Imogen on winning. We settled on Imogen’s design because it included everything in it about Christmas, including Father Christmas, a Christmas tree and a reindeer.”