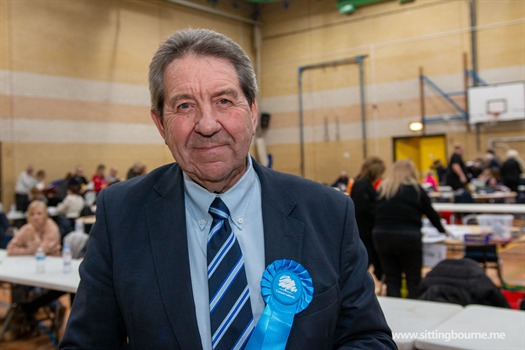 MP Gordon Henderson who has been waging war with Swale Borough Council in recent weeks has now set his sights on the councils environmental credentials.

In a recent Facebook post he says “I also commend them for some of their environmental policies, although I don’t agree with them all, such as their proposal to force local supermarkets to charge customers to use their car parks.”

He has explained that the council wrote to him in September of last year and asked that he support a range of policy changes that would enable local councils to decarbonise their local areas.

He says “Although I support the general desire of Swale Borough Council to decarbonise, there were a number of the policies that I felt unable to support, including one which states “

Enable local authorities to charge a levy on parking at large retailers and leisure facilities. Many out of town facilities are poorly serviced by public transport. Such a levy could fund public transport and segregated cycleways to them

“I objected to the proposal because, inevitably such a levy would be passed on to motorists who use those car parks, including those at supermarkets, such as Asda, Morrison’s and Tesco’s. Parking charges would hit hardest the poorest members of our community and penalise owners of electric cars who are doing the right thing.”

“We have no policy of forcing supermarkets to charge for parking. We cannot do so.”

Cllr Truelove told us that the council did send letters to the Prime Minister and to the two local MPs as Westminster politicians, informing them of our adoption of our climate change policy and urging them to consider a wide range of changes.

Cllr Truelove went on to say “I am not sure this really sustains the case that Swale wants to force customers to pay for parking. We either take the climate crisis seriously or we do not.”

“Extensive driving to some retail sites does contribute to air pollution. However, if parliament ever did give us such powers we would then apply them thoughtfully and in the best interests of local people.”

The cost of using council owned car parks has played a part in the demise of Sittingbourne High Street.

Why bother to struggle to find a space and then pay through the nose for some serious shopping when a short drive away is Hempstead Valley or a bit further Bluewater with their free car parks and range of shops.

Sittingbourne is fine if you want a reasonably priced breakfast and your nails manicured.