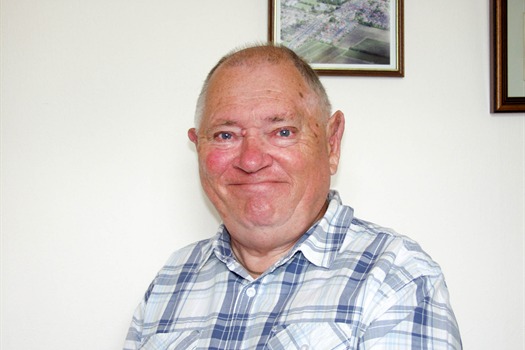 Respected local historian and author of many titles of local interest, has high hopes for his new publication after one of America’s top book clubs placed a sizeable order for the book.

His publisher, Casemate UK Ltd of Oxford suggests that new book, ‘The Most Dangerous Moment of the War. Japan’s Attack on the Indian Ocean, 1942’ could elevate John Clancy on to the global market.

John is well known for his work concerning local history and heritage, but this new title sees him moving into something new. The book addresses two basic issues. The Japanese attack on the American Pacific Fleet at Pearl Harbour in December 1941 is well documented, but how many people know what happened next? Did the Japanese aviators go back from whence they came or did they move on to another target, about which we know little? And why did the Japanese attack the Americans without a state of hostile intent having been announced? 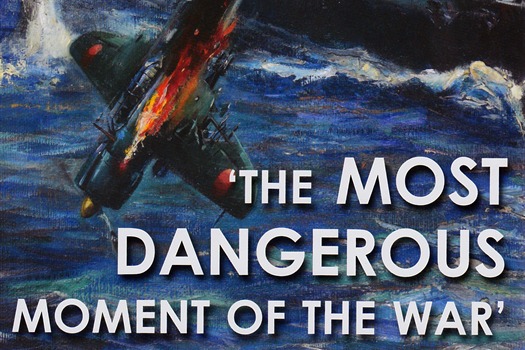 The title of the book is taken from a quotation made by Sir Winston Churchill at the end of the war when he was asked, in his opinion what had been the most dangerous moment of the war. He said, without any shadow of a doubt it was when Japan attacked the Indian Ocean in 1942. It was a far greater threat than the battle of El Alamein, Germany’s threatened invasion of Britain or the attack on Russia.

John’s interest in this subject is two-fold. He grew up hearing tales of his late father, Charlie’s wartime experiences whilst serving in the Royal Navy. One such tale concerned the sinking of his ship, HMS Cornwall, by the Japanese in April 1942. Charlie survived the sinking but many of his shipmates did not.

Then, about 12 – 14 years ago, John and his wife, Pat were on holiday when they met another couple, and over dinner the man, a former Royal Marine regaled John and Pat with his ‘war stories’. Some of what he said sounded familiar and John said, ‘You were on HMS Cornwall’ but when the ex-Marine said he was not, John replied, ‘Then you were on her sister ship, HMS Dorsetshire because she too went down at the same time’. He admitted he was.

It transpired the ex-Marine, Geoff Kitchen had researched the sinking of his old ship and upon hearing that John was a writer, offered to hand over his work for John to have published. This was when John discovered the link with Pearl Harbour. Having annihilated the American fleet, the Japanese realised they had to similarly deal with the British Eastern Fleet before it could retaliate.

The sinking of the Cornwall and the Dorsetshire was but a small part of a far greater picture. This was an incident in which we had to accept that the backbone of the Royal Navy, the old World War I battleships, were obsolescent and had to be replaced by aircraft carriers. The Japanese had learned the effectiveness of aerial warfare and developed their aircraft to become a real threat. Our Fleet Air Arm still relied very much upon ancient Swordfish biplanes which were largely ineffective against the Japanese Zeros. 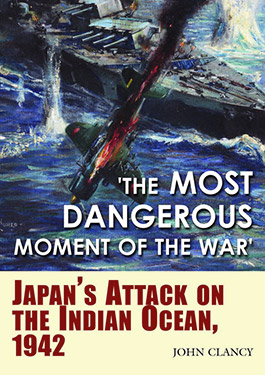 It has taken John 12 years to find the right publisher for this book which runs to 180 pages, and is indexed and fully illustrated throughout. Published as a hardback, it costs £19.99 and is available at the usual outlets.