No public appetite for Garden Towns in Swale

Home / Blog / No public appetite for Garden Towns in Swale 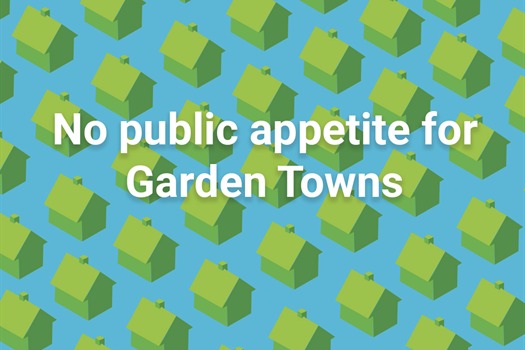 However, planners are recommending that councillors ignore the views of the local community and agree to carry on regardless.

They are not even trying to hide the fact stating, “As yet, no account has been taken of the views of local communities, some of whom, as revealed by the ‘Looking Ahead’ consultation, are very unreceptive to the idea of new garden communities.”

Actually, even that is slightly disingenuous as its not just some, but most of.

Also, unsurprisingly after years of dumping the majority of the boroughs new housing in Sittingbourne, only 5% of residents from across Swale elected to choose Sittingbourne as their preferred location for any new housing beyond the already huge numbers included in the current Local Plan up to 2031.

And with around 80% of residents saying that we should reject even meeting the targets, let alone increasing them, any bid to continue now would clearly demonstrate the council’s contempt for the public having any say in the matter.

This drawn out charade of democracy which professes to offer some illusion of choice in the matter was doomed from the outset. There is simply too much compelling evidence that clearly demonstrates that the council made the decision to adopt Garden Towns quite some time ago.

First there is the infamous letter from our council leader Cllr Andrew Bowles, written in September 2016 which promoted a series of “garden” communities with interlinked access and communication. This consisted of a new M2 junction 5a, with a southern relief road connecting to the A2, opening up Kent Science Park and the surrounding area and enabling a new cluster of community villages.”

Written before the adoption of the current Local Plan this totally demolishes any notion that the council were in any way against higher housing numbers, in fact quite the contrary, they were asking for more and in the form of a Garden Town.

Then there is the question of the Housing & Infrastructure Forward Funding Fund announced in July 2017 where the council put forward a bid to incorporate opening up 1,000 acres of previously inaccessible land for 12,500 houses in a “garden village” design, along with a new M2 junction 5 and Southern Relief Road and a potential link to the existing Northern Relief Road.

This bid submitted by KCC was endorsed and approved by Swale Borough Council with the full support of our elected KCC representatives Cllrs Andrew Bowles, Mike Whiting and John Wright aided and abetted by Cllr Mike Cosgrove.

If you are starting to see a pattern emerge, you are not mistaken, in both cases they were only promoting one very specific Garden Town scheme, namely Quinn’s Highsted Park scheme and you probably won’t be too surprised to learn that Quinn Estates drafted the submission bid.

Even after the ‘Looking Ahead’ consultation made abundantly clear that the public hated the very idea of Garden Towns, the council applied for yet another round of funding via the government’s Garden Communities Programme in November 2018.

According to their submission bid our growth is equivalent to 50% of the growth of cities such as Manchester, Liverpool, Bristol, Sheffield or even that of counties such as Worcestershire, Warwickshire, Oxfordshire and Cambridgeshire.

Quite frankly I am utterly horrified by these claims, and it demonstrates beyond any doubt that whatever you may hear ahead of the forthcoming elections our council is rejoicing in the idea that it can compete with major cities and even entire counties to build the most amount of housing possible.

If that wasn’t enough, the council have recently advertised for four positions in the planning department which will offer a “unique range of planning challenges and opportunities posed by the many significant major developments and garden community proposals likely to come forward.”

The big question now, is whether the councillors will choose to support the interest of landowners and developers or the community.

With elections looming in May you may think that councillors would be keen to keep voters on side when they vote on whether to continue examining this option on Thursday 14th March. However, with the final decision now being deliberately deferred until after the election with June looking like a key date, it’s unlikely to cause too much discomfort in the short term.

It looks like any further public opinions will only be sought after the final decision has already been made as these anti-democratic measures seek to entirely disenfranchise the public from any further meaningful involvement.

It seems to as if Quin estates have the planning commitee in there pockets.

Also the planners have not got a clue what they are doing except build more and more without putting the infrastructure in place consequently we have not got any where enough doctors hospitals or other medical services.  Also the whole of the area jammed up with traffic because the  roads have not been developed to cope with all the extra traffic.

I cannot see this town becoming a hub to attract thousands of visitors, it is too fractured now with lack of decent High Street shops and stores far apart with no public transport to reach them. As for The Leader of the Council, he definitely needs investigating fully for his wrong doings and for ignoring the voting public of Swale on anything and everything.

It is rumoured Consultation Periods are regarded with as much respect to due process by the current Administration as being suspended  - make appeasing noises, but do nothing and it will pass.

I am glad. Enough of this regressive thinking, we need to make our town a hub, a true commuter town for the benefit of all who reside. With this generous building plan we can look forward to more investment, better shops and better services. Sittingbourne is historically an industrial town, we need to look with a 21st century outlook, the more people we bring in, the more we need housing to accommodate.

Just for the sake of clarity, can we say the generic tern Councillors actually just means Conservative Councillors. No opposition members have welcomed the Quinn development.