Completing the Northern Relief Road is no longer necessary 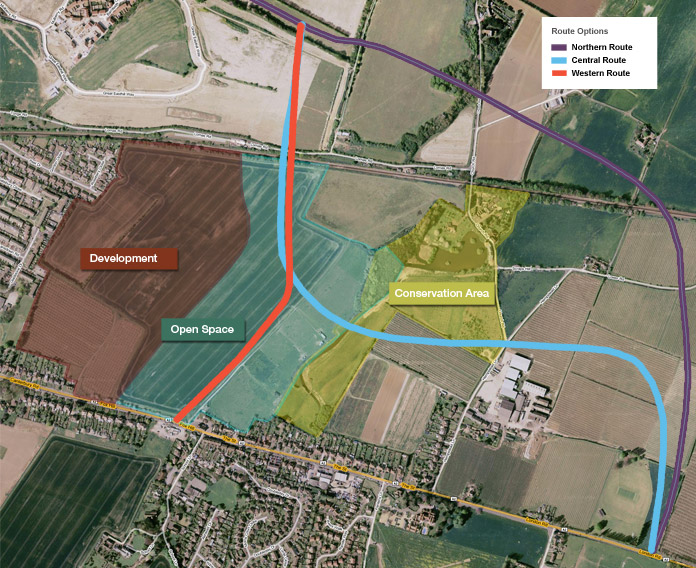 The change has occurred as a result of further transport modelling which was commissioned following the opening of the creek crossing which was assessed as being significant enough to alter driving patterns.

Crucially the model shows that whilst there would be some relief to the A2 between Sittingbourne town centre and Bapchild, the reduction in traffic flows are not deemed sufficient justification for pursuing the project. It should be noted however, that it is also widely accepted that traffic levels on the A2 after Bapchild would increase significantly if the road is finished. One report suggested by as much as 67%.

More damningly still Kent Highways acknowledge that following the failure of the bid for funding in July, that it is difficult to see how the scheme could be funded without a substantial proportion of the cost coming from public funds, which they describe as unlikely. Kent Highways also make it clear that planned development in Sittingbourne is unlikely to be able to fund the road either.

I am fully aware that for many this won’t be good news, but this could be the clearest signal yet that the focus of resolving our transportation woes lies with an improved M2 Junction 5 (Stockbury roundabout) and various improvements along the A249 corridor.

We should all remember that the Northern Relief Road (formerly the Northern Distributer Road) was never intended to connect with the A2 when it was envisaged and that such aspirations only came forth much later.

For far too long our transport infrastructure has been planned around the economic aspirations of the Council rather than on transport grounds and we have finally reached a point where the balance has become so skewed that the whole basis of the plan has been brought into question.

It should also be acknowledge that completing or not completing the Northern Relief Road results in both winners and losers. This was never a simple fix and had the potential to create far more problems that it could ever hope to resolve.

I might even dare to suggest that this was little more than a solution to move the problem further along the A2 to Bapchild which is great if you don’t live in Bapchild or Teynham or anywhere else along the A2 prior to Faversham.

Obviously as someone who does I’m biased, a fact which I’ve never attempted to hide, but that doesn’t mean I haven’t done my homework and I hope therefore that at the very least it makes you question the whole affair and make up your own mind.

Whomever allowed this company to purchase land between to built up residential areas needs shooting. There was land available to Fowler Welch opposite Sonara Fields a number of years back and they should have been encouraged to move there as the site is right next to the A249 but as usual greed from developers took precedence. Now we have a new development on Fox Hill to put up with . The North link road is essential to take this development and more importantly the HV Lorry problem we have away from the town