Police called in as anger grows over possible regeneration bailout

Home / Blog / Police called in as anger grows over possible regeneration bailout
As the political storm continues to brew over the prospect of a further £30+ million public bailout of the town centre regeneration project, residents take to social media to vent their anger and frustration. 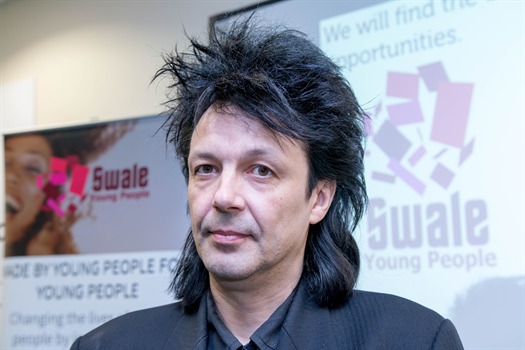 Allegedly, views expressed by Cllr Mike Baldock on Facebook have been interpreted by Swale Borough Council as endeavouring to break up a public meeting by acting disorderly and therefore suggesting that a criminal offence may potentially have been committed for which they had no alternative but to report this to the police.

On Wednesday, 9 November, the council’s cabinet will be asked to approve proposals to borrow up to £28 million to acquire the leisure and big box retail development in Sittingbourne, and fund some of the specific works relating to the project.

The council will be putting in place additional resources to ensure that there is no disruption of business on the night of the Cabinet meeting.

The council will also fund £2.2m of essential highways work from reserves to reduce the up-front cost of the project and the £500,000 of demolition costs for the Princes Street Depot site. This is in addition to the 3 million already agreed for the new multi-storey car park.

The Council is claiming that its finances could be boosted by up to £2.1 million a year.

“This is a great opportunity for the council to kick start our strategy of becoming financially self-sufficient and at the same be investing in the regeneration of Sittingbourne.

“We have worked long and hard for this moment which will hugely increase the leisure and retail offering to the residents of the whole borough making an excellent financial return that will benefit our borough for many years to come.”

However not all councillors share that view and have repeated expressed concerns over the viability of the scheme.

Cllr Roger Truelove said “If this a good financial deal why are the vaunted Spirit of Sittingbourne failing to attract inward capital. I don't think the cinema is a sustainable investment and the tax payer is going to be left funding a loss.”

Surprisingly however, the deal which would result in the tax payer investing in the cinema, hotel, restaurants and big box retail developments does not include the development of the apartments on the Council owned car parks which is considered to be the most lucrative aspect of the entire scheme.

On this Cllr Roger Truelove said “This raises the question as to why now the Council is giving away car parks for housing investment. The ‘share’ of the income has been continually scaled down and it will not remotely equate to the development land value of these sites. Set against any income must be the cost of the multi storey, which originally was agreed to be funded by the developers."

"Whatever way we spin it, there is a generous helping hand to the developers, but built into that was an understanding that they would fetch in the capital for the leisure, which they are not going to do.”

A Council spokesperson gave assurances that full due diligence had taken place and that U+I would commit to a fixed price for all the construction works.

I do not think the council should be taking on a loan for something that is so unsure. Lots of big businesses have been given the opportunity to invest in the regeneration scheme and not a single one has come forward and committed to investing. Big business is usually smart at knowing a good deal and snapping up the chance to make money. The cinema complex will not be successful. The one at Dockside is only a stones throw away and is well established. Sittingbourne is well known as an area that is not wealthy, we recently took three of our grandchildren to the cinema, for 2 adults and 3 children it cost us about £80.00 for entrance, drinks and popcorn. There are so many problems in the area with crime, education, health and social care, housing and highways, I'm pretty sure that any money going spare could be better spent on the basic needs not chancy business and luxury.