Relatives of Great War heroes help launch Newington's WWI book Descendants of Newington men who died fighting in World War One have helped to launch a book about the Sittingbourne village during those tumultuous years. 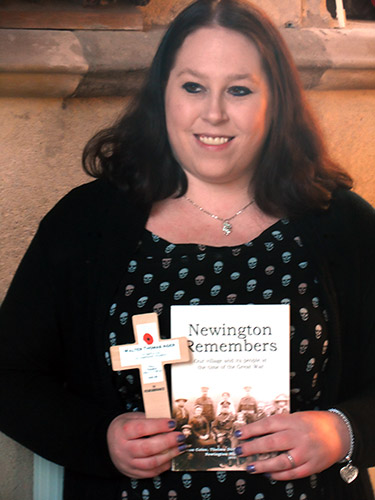 Kate Broom, from Lordswood, Chatham, whose great-uncle Cpl Walter Ager lived
in Newington and died on the Somme in November 1918

Newington Remembers covers the lives of the 171 villagers who served their country in the war including the 40 who never returned. It is both a social and military history.

Published by Newington History Group (NHG), it was researched and written by members Dean Coles, Thelma Dudley and Debbie Haigh.

The launch, at Newington parish church on Saturday, was attended by several descendants including Kate Broom, from Chatham, and John Wright, a Swale borough councillor from Hartlip, who have relatives mentioned in the book.

Visitors, along with the Mayor of Swale, Cllr George Bobbin, and the Mayoress, Brenda Bobbin, viewed a display of the history group's research.

Dean Coles, the chairman of NHG, said: "We're absolutely delighted with the initial reaction from people, not only those from Newington but further afield. There was a steady stream of sales throughout the event with people eager to get their hands on copies.

“We sold 70 books on the day, some people buying three or four copies for relative and enquiries have been coming in from all over the world.”

"It's become a talking point in the village and is fulfilling one of the aims of our group by encouraging people to seek out information on relatives who served during the Great War and general life in the village at that time." 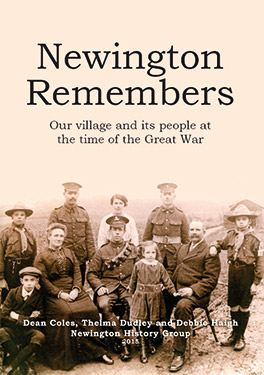 The 150-page book includes intriguing stories such as George V lunching at the station in 1918, Royal Engineers being billeted in the village to construct defence lines in case of a German invasion, the Unknown Warrior passing through Newington and a visit by the Duke of York (George VI) in 1921.

Newington Remembers, which includes many previously unpublished photographs, marks a revival of interest in WWI during its centenary. The publication records how to this day the village continues to remember its Fallen through the sowing of poppies, a unique Book of Remembrance, re-dedicating the Memorial Cross and a commemoration weekend last September.

Proceeds from the sale of the book go to the Newington Memorial Fund, set up by NHG, for the care and maintenance of the village's memorials.