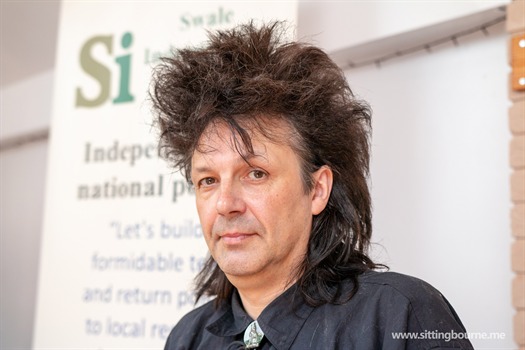 Cllr Mike Baldock believes in a future where local democracy is conducted independently of national politics, where residents and communities are at the forefront of decision making and decisions are not simply based on towing the party line.

To help build his dream Cllr Baldock has recently launched the Swale Independents Alliance in a bid to encourage like-minded individuals to stand as , but with the benefit of an alliance of members who can support each other, whilst still acting independently even of each other if necessary.

Mike says “We have a system that encourages people to conform, where if you want to represent your local community you feel that you have got to join one of the established parties because otherwise, you won’t stand a chance of being elected. That is wisdom.”

“Parties even approach people and say, you’re active in your community why don’t you join us and you can represent them. What they don’t tell you is that once you have joined up, you are signed up to a whole tranche of behaviours and responsibilities to other people apart from your residents.”

“The obvious example of this is the whipping system, where parties decide how they are going to vote and then councillors are obliged to follow their party even if it means doing something or supporting something that isn’t in the interests of their local community.”

“There is a little get out clause when you have such a huge majority as the conservatives have on Swale, they play this little game. You can support your community as long as it doesn’t affect the outcome.”

“So, you can still go back to your community and say I stood by you, but you can only do that because they know they have the numbers to push it through anyway.”

“I think this is one of the most deceitful aspects of local politics.” 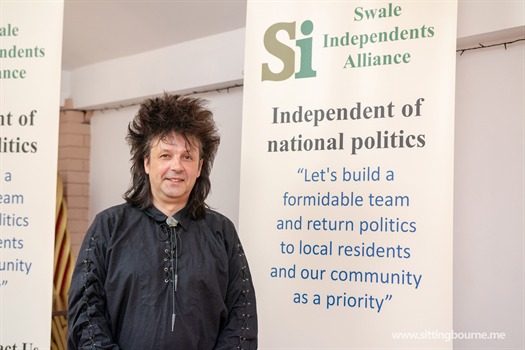 “We also have a cabinet system. They are the people that have effective control. If you are a backbencher even in party you have very little influence or opportunity to have a say, but you are still expected to abide by decisions and support the outcome. This encourages jobs for the boys.”

“How are you ever going to get good democratic decision making when good ideas get ignored because they haven’t come from the right source.”

“God arguments should be judged on their merits, not the colour of someone’s rosette”

“Party politics really is having a negative influence on our local democracy, turnout in local elections is only about 35% and people feel total divorced from the local democratic system.”

“Consultations should be about getting ideas from people before you have made a decision, not here’s our decision, do you like it, no tough.”

“There are advantages in independents working together, an alliance of local groups and local people who want to fight for their communities.”

“Working together we can really make a change on Swale, there is a real desire amongst people for change, to have things work a bit differently, to abolish the safe seat. There are some areas where the same party has held a seat for 50 plus years, those councillors don’t have to work in their community to get re-elected.”

“We can go forward with an army of independent councillors who are going to listen to the argument, listen to what people have to say and if they think it’s a good idea, support it."

You can find out more about the Swale Independents Alliance at https://www.swaleindependentsalliance.org