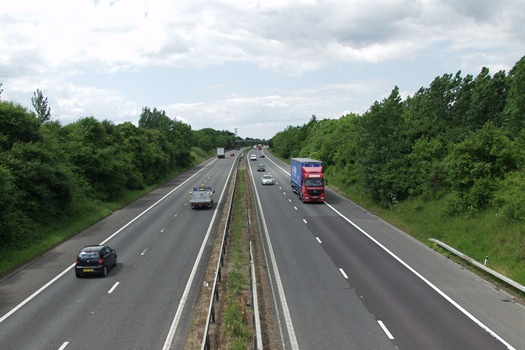 It came as a shock to councillors last Wednesday to find that a planned briefing on the councils’ transport modelling had been cancelled just a day before it was due to take place. According to James Freeman, the head of planning at Swale Borough Council, the scheduled meeting had to be postponed due to significant anomalies with the consultants work which could not be rectified in advance of the meeting.

The anomaly was picked up by a Transport and Development planner working at KCC, and Swale Borough Council are remaining tight lipped about the details until the re-scheduled meeting on 14th March where we are told a full explanation will be provided to members.

The new transport model is supposed to provide an independent and transparently procured evidence base for the emerging local plan review. However, it is being funded by Quinn Estates and will become the basis for transport assessments for their developments including the prospect of 12,500 houses at the Kent Science Park and presumably had input into the recently agreed Wises Lane development in Borden.

Whilst the council maintains that it is common practice for planning authorities to work in partnership with potentially interested parties on the production of a base transport model rather than having separate models, question marks remain over the council’s relationship with Quinn Estates and issues like this won’t help to quell fears.

So, what exactly does this base transport model cover, how much of Swale is being modelled, what planned road improvements are included, what developments does it include?

No one knows, at this point, it is a closely guarded secret and even councillors are being kept in the dark and we will all just have to wait until 14th March to find out. This is starting to look a whole lot like an officer led plan.

James Freeman explained, “We will be reporting on the modelling approach and results to date to 14th March Panel, where we will explain the base model and the approach and inputs to future scenarios testing.”

“I am sure you can appreciate that I would prefer to publish all of the material together rather than releasing bits of information out of context, and even before our Members have had a chance to view it.”

I know that councillors have been increasingly frustrated at the lack of updates regarding the Local Plan review following numerous cancelled meetings and its difficult to understand quite why it is a secret in the first place. No one is expecting any significant revelations with the base model, although I am sure that everyone is keen to learn exactly what future scenarios the council will be testing for.

I do recall talking with an employee of Quinn Estates on the subject of the base model where I had just been told it included everything in the Local Plan. I asked whether this included the completion on the Northern Relief Road, after all it is in the plan, but unfortunately, they didn’t know the answer.

I have approached the council and asked similar questions, but my assumption remains that it is unlikely that the base model would include infrastructure that is not yet built, although no one is prepared to either confirm or deny this.

I am aware that the number of future scenarios that the council will be able to model will be extremely limited due to costs, there may be only one or two options, and that may make it all but impossible to single out the benefits or otherwise of any individual elements of any proposals included.

So, if they bundle in the proposed Junction 5 upgrade, the completion of the Northern Relief Road, the changes resulting from the Wises Lane development including changes on the A2 and at Key Street how can you then single out the individual changes in traffic created by each option.

On the subject of Wises Lane presumably Quinn Estates had access to the new base model in order to undertake the transport assessment for this scheme, or maybe it is even part of the base model, who knows.

James Freeman did qualify that “future scenario testing work has been developed with Kent Highways and the consultants only, i.e. without reference to anything Quinn estates may be testing for their own purposes.”

This stinks, are our councillors so insensitive to the feelings of the residents they purport to represent that they will allow Quinn to continue to set policy for them. Surely it must get to they point where corruption is so evident that they are held to account and stripped of their powers.

I hear KCC are having another look at the Junction 5 proposals.  I expect they are looking for some way to avoid building a flyover. Will probably involve more traffic lights.