Home / Blog / Sittingbourne falls silent for Remembrance Sunday
The people of Sittingbourne came out in force to pay tribute to those killed in action with a memorial service at the Sittingbourne Cenotaph. 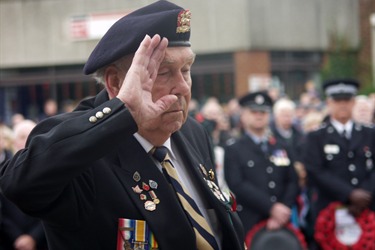 The event commenced with the Salvation Army band, followed by service led by Pat Tatchell, chaplain to the Sittingbourne and Milton Branch of the Royal British Legion.

After the two minute silence, Rev James Pettit gave an address and wreaths were lain around the base of the cenotaph. 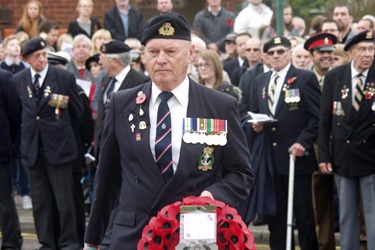 The event concluded with a parade along the High Street to St Michael's Church. 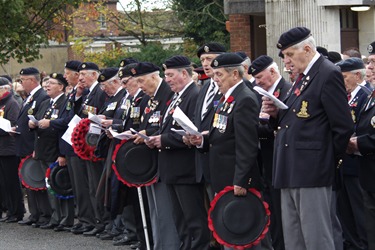 We had an overwhelming response to the photographs of the service posted on Facebook yesterday.

We were especially happy to learn some details of Roger Brice whose photo (at the top of the page) captured the moment so well. His nephew told us that Roger’s father was a WW1 veteran an "Old Contemptible" and his Brother Charlie was lost at Salerno 1943. Roger served in Palestine in the early 1950's.

We have additional photos in our gallery