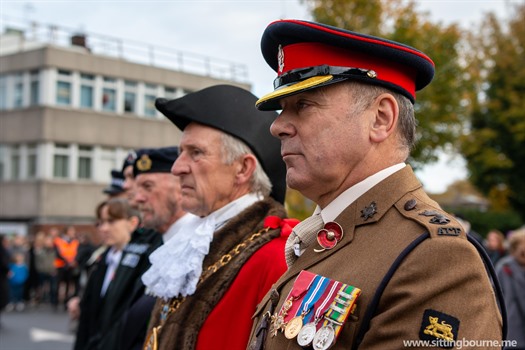 Whilst a more scaled back affair than before the pandemic, large numbers of residents gathered to honour the fallen for the Sittingbourne War Memorial Civil Service of Remembrance at the Sittingbourne Cenotaph. 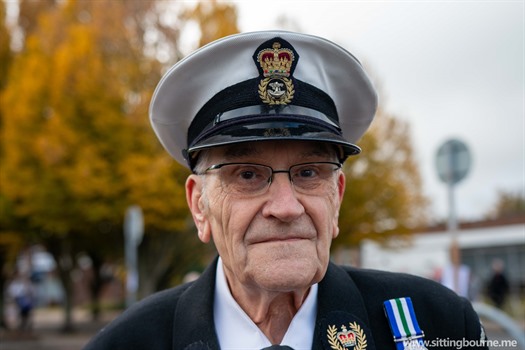 There was no parade and smaller numbers representing the various services and organisations, although still more people than I was expecting. 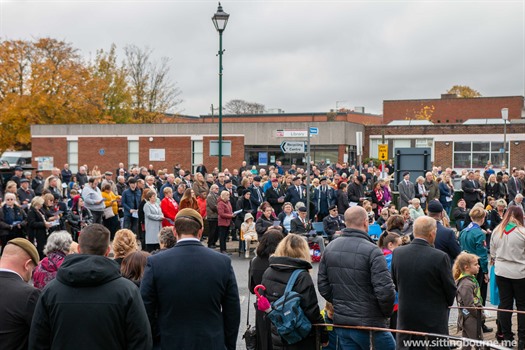 As is tradition the Salvation Army band commenced proceedings followed hymns and readings from Pat Tatchell who led the service. This was followed by a reading by the Mayor of Swale, Cllr Paul Stephen and shortly afterwards by the two-minute silence. 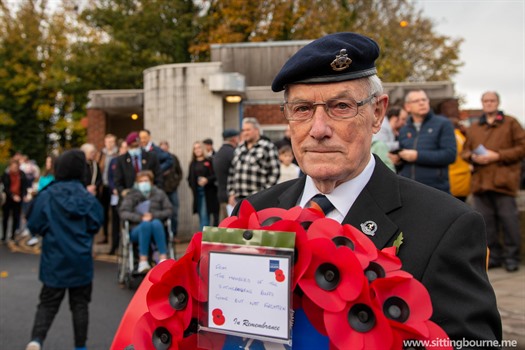 A short address was given by Rev David Ridley followed by more hymns and prayers and finally the national anthem. 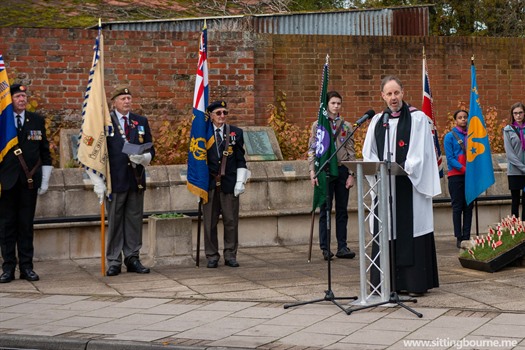 After the blessing wreaths were lain around the base of the cenotaph. 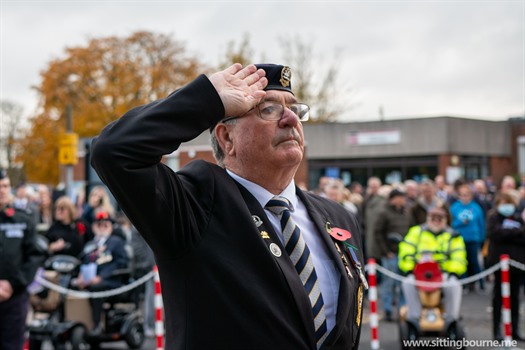 We ought to give a mention the volunteers working at Phoenix House this morning who were supplying food and drinks for free. 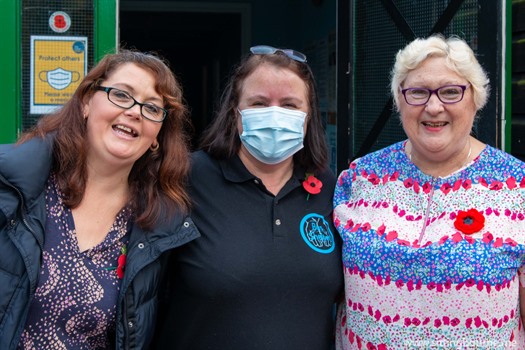 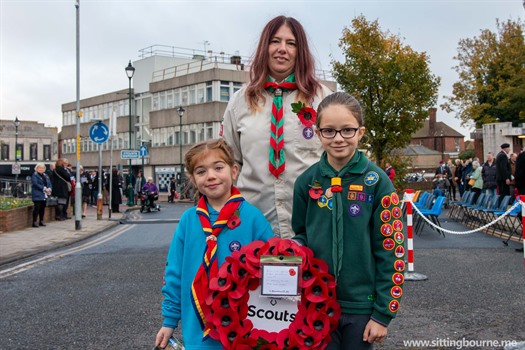 Also a big thank you to the Event Volunteers Of Swale for providing the road closures and security throughout the event.