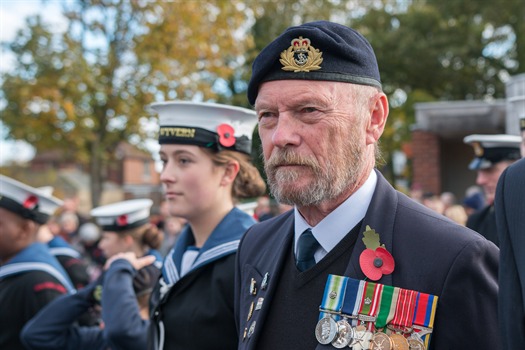 The number of people attending the Royal British Legion Memorial Service to fallen comrades at the Sittingbourne Cenotaph seems to grow as every year passes, which was especially pleasing to see given the dip in temperature this morning. 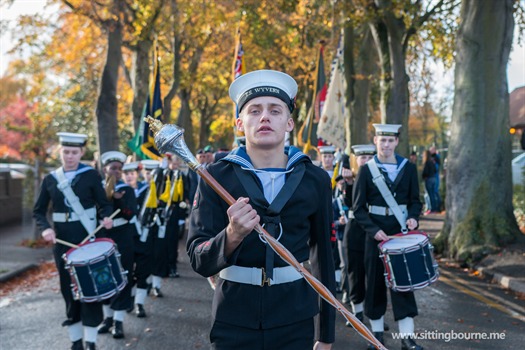 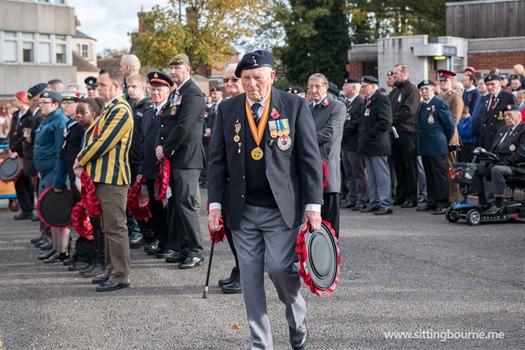 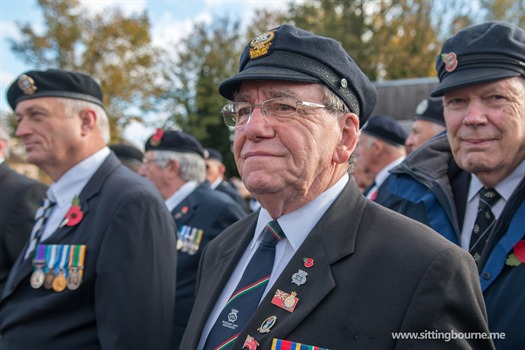 This was followed further readings, hymns and the national anthem and then wreaths around the base of the cenotaph. 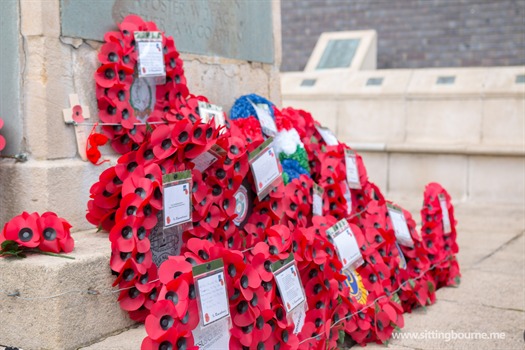 Following the conclusion of the Service the Mayor, Councilor Colin Prescott, and Gordon Henderson MP took up position in front of the Police Station in Central Avenue to take the Salute as the Parade marched past on its way back to the UKP Leisure Club. 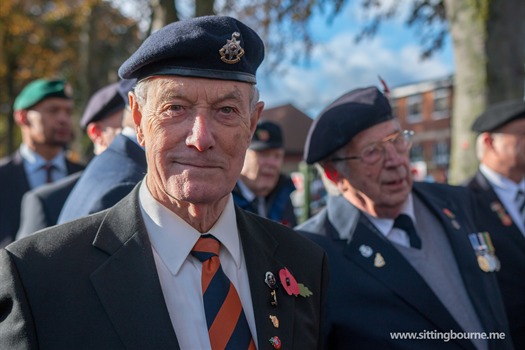