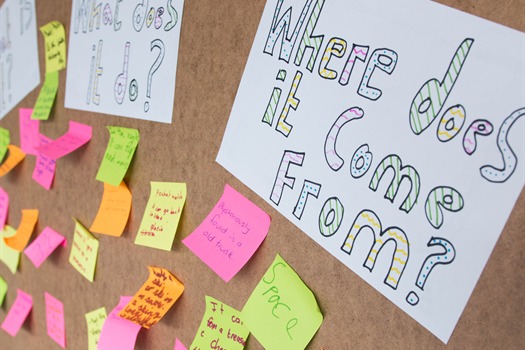 We paid a visit to No.34 High Street on Saturday afternoon to take a look at their animation classes and stumbled upon their take on the BBC’s Get Creative Day.

Ideas Test and the Wide Eyed Theatre were inviting children to tell a story based on an item from their collection of objects. Stories could be written, drawn or verbally retold via a video recording.

This gentle introduction to story-making was aided by a series of questions relating to the childs selected object, such as ‘What is it?’, ‘What does it do?’ and ‘Where does it come from?’ 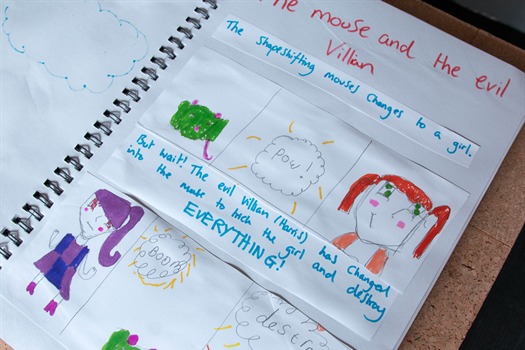 Meanwhile upstairs the animation class was in full swing by the time we arrived and without wishing to cause too much disruption we did manage to ask Jon Pratty the Creative Network Programmer what it was all about.

“We are running a series of digital coding, programming and animation events here and we are working with Sittingbourne Home Education Group.”

“I started working with home educating groups down in Eastbourne, Hastings and Brighton two or three years ago doing coding and I liked and enjoyed that because home education groups tend to be nice, diverse and interesting people. So we decided to get in touch with the home education group in Sittingbourne to see if we could start to work with people here and it has worked really well.” 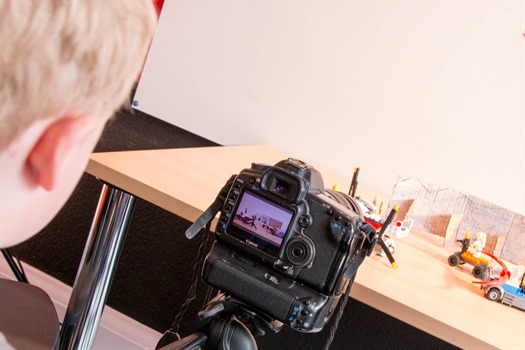 “A couple of weeks ago we did a digital taster event here with the home education group with lots of sorts of different coding and animation and we had about 40 people here.”

“This is the second of two days we are doing where children will get a much longer and deeper experience at trying out just one thing, animation.”

“So each of the kids here will get a chance to create and animate a storey and this is the younger of the two groups, these are five to eleven year olds and the group this morning was eleven to fifteen year olds.” 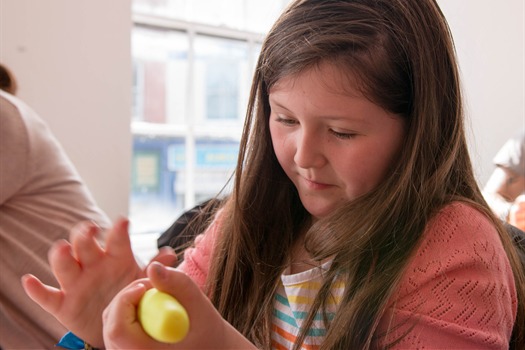 “There are a variety of different sorts of animation going on here from flat animation using cut up or torn paper shapes where the camera is looking down at the table and you animate it by moving the pieces of paper, taking one picture at a time. Or you can make figures with plasticine or use toys and you move them around and animate those stop motion style with the camera positioned horizontally.” 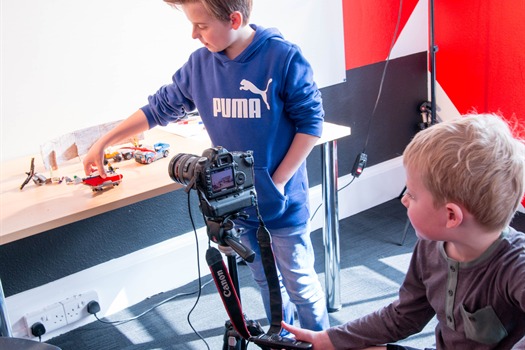 Speaking very briefly with 6-year-old William and 10-year-old Nathan who were recreating a complex scene from recent James Bond film Spectre I ascertained that they had come fully prepared with their own scenery and a mental storey board of the sequence they were creating.

All very impressive I can assure you, so much so that I hope this gets opened up to a wider audience in time