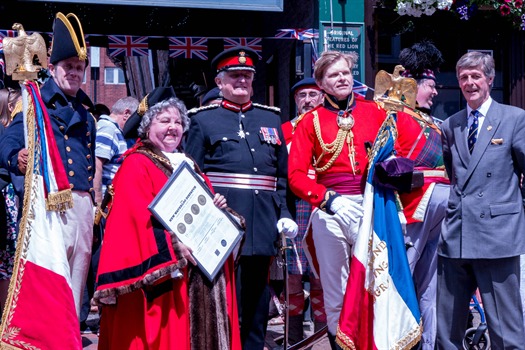 Following his victory at the Battle of Waterloo, the Duke of Wellington sent a young Major Percy to London to spread the news of Napoleon’s defeat. The New Waterloo Dispatch, is a re-enactment of Major Percy's journey with Commander James White. 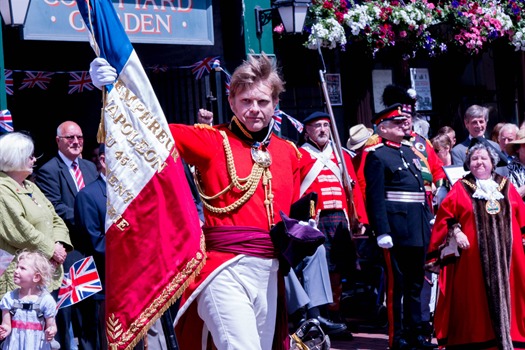 Recreating the long journey as the news makes its way from Belgium to London via Sittingbourne, actors Michael Bradley and Julian Farrance playing the parts of Commander James White, Major Henry Percy respectively arrived in Sittingbourne on a horse-drawn post chaise. 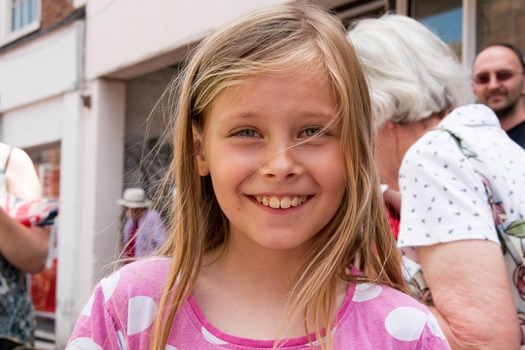 Ellie who came along to watch.

Here they were greeted by Lord Lieutenant for Kent, the Viscount De L’Isle MBE and Lady De L’Isle together with representatives of the Armed Forces and the Town Mayor, Anita Walker. 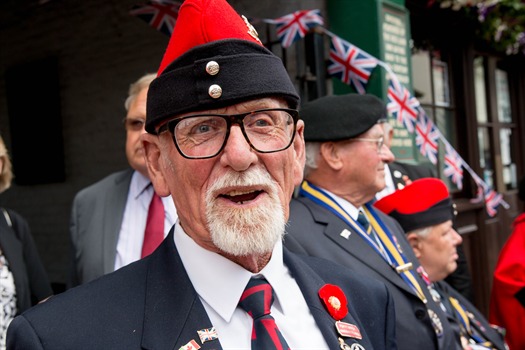 Crowds gathered along the High Street to watch a short re-enactment of the news before the party of dignitaries retired to the Red Lion Coaching Inn for lunch before continuing their journey. 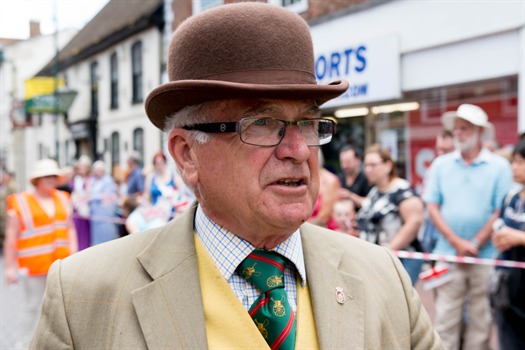