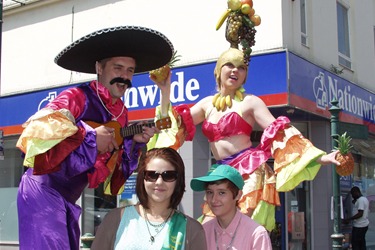 The football might be over for us now but Sittingbourne was still in carnival mood yesterday with the sun shining brightly and spirits high as festivities commenced in the High Street from late morning until just after the carnival parade eventually completed its journey in East Street. 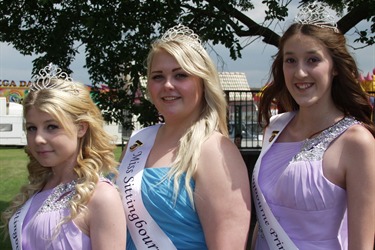 Whilst there was perhaps more than I expected along the high street and plenty of people out and about, it’s a sad fact that the actual parade itself is a fraction of its former self and it was noticeable that there were none of the usual floats on the back on lorries. This was somewhat compensated for by the presence of a large number of Carnival Courts from all over Kent. 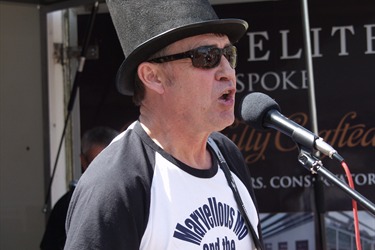 Marvellous Mo and the Back Line Ferrets

Probably the biggest draw, entertainment wise, was the 'Rock the Carnival' concert which saw a selection of six local bands playing through out the day. Sadly I was not able to hang along long enough to enjoy much of this, but what I saw looked good.

It was a great deal of fun meeting everyone and gently persuading people to take part in our ‘Hello Sittingbourne’ video which is coming very soon. There were plenty of laughs during the making of the video, as several individual who I shall not name, quite literally could not remember theirs. Everyone was really brilliant for taking part though so many thanks to everyone who did.