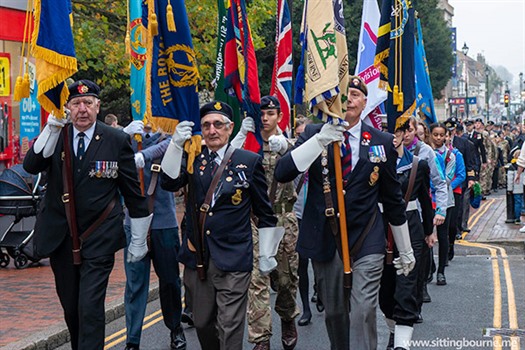 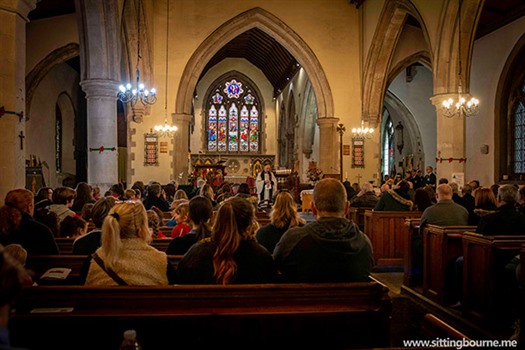 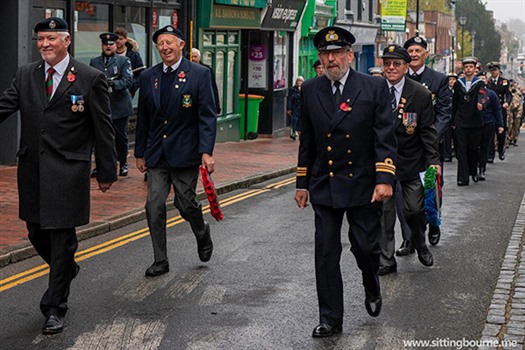 Following the services members of Sittingbourne Army Cadet Force, RAF Air Cadets and Sea Cadets along with Veterans and members from all corners of the Scouting and Girlguiding associations gathered to form a parade from St Michael's church along the high street to Central Avenue. 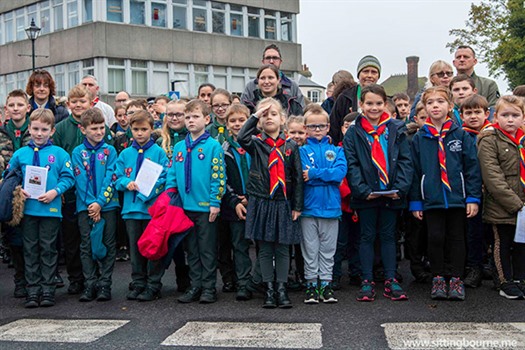 As is tradition the Salvation Army band commenced proceedings followed hymns and readings from RBL chaplain Pat Tatchell who led the service. This was followed by a reading by the Mayor of Swale, Cllr Simon Clark and shortly afterwards by the Last Post and a two-minute silence. 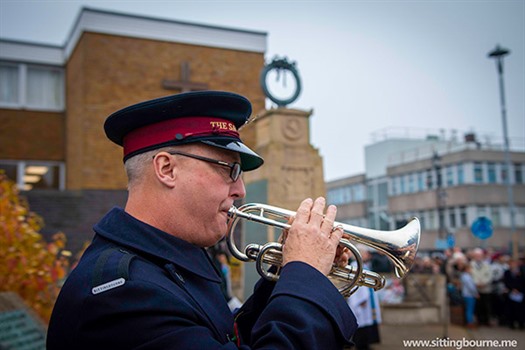 This was followed by more hymns and prayers and finally the national anthem. 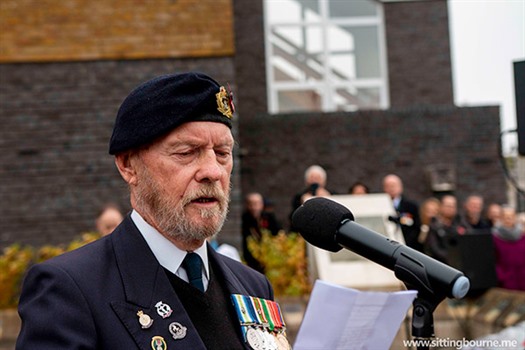 Falklands Veteran, Lieutenant A L Sattin then read “Falklands Task Force” a poem by Robert C Millar, after which wreaths were lain around the base of the cenotaph.

The event was concluded with a further short parade, where VIPS took the salute as the parade past in front of the war memorial. 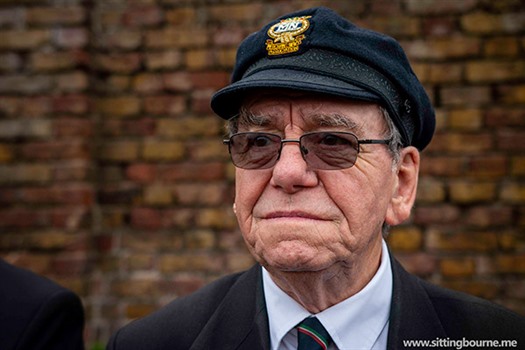 You are very welcome

Very many thanks to whom took these photographs.