Home / Blog / Sittingbourne's St George's Day Spectacular
Personally I think that the celebrations to mark this year’s St George’s Day in Sittingbourne town centre were extremely positive for the town and demonstrated an enormous potential for other headline events in the future. What’s more it was brilliant fun and I think the large numbers of people who turned out on a day, which let’s face it didn’t look promising in the morning; only confirm my impression that the day was a huge success. 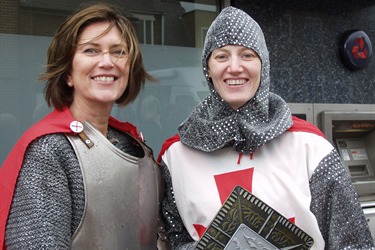 If I had one tiny gripe, it would be that there were so many things going on, sometimes simultaneously, it was impossible to see and do everything. However that said, I take my hat off to the Sittingbourne Retail Association for bringing this event back with style and I hope it continues for many years to come. 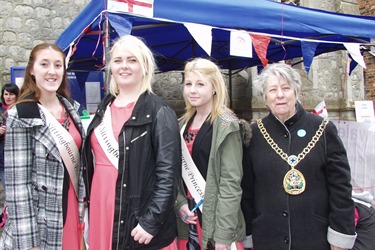 The day was officially kicked off by the Mayor, Cllr Sue Gent who encouraged everyone to “spend, spend, spend.” Accompanying the mayor on a walk around the town were Julie Major and Andrea Don from the St George's Day Committee and Miss Sittingbourne, Georgia Lane along with princesses Ashleigh Taylor and Kendle Hunter. I also caught MP Gordon Henderson who couldn't resist joining in the fun donning a jester hat. 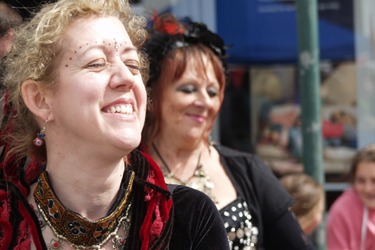 During the course of the day there was the opportunity to see various bands play, watch theatre productions, dance schools, Latvian dancing, two varieties of bellydancing and american break dancing, not to mention the tug of war competitions, the host of vintage vehicles and the many fairground rides. 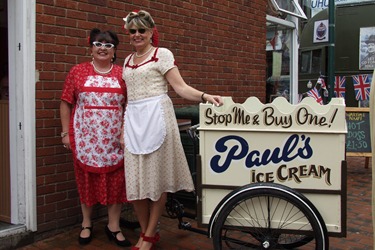 Joanne and Maria owners of the Bay Leaf Café

I managed to meet Joanne and Maria owners of the Bay Leaf Café, who with dressed to impress forties style and had a fantastic display of vehicles outside their Café. I also took time out, with the wonderful St John's Ambulance volunteers who did their best to impart some practical knowledge which I hope I might retain. 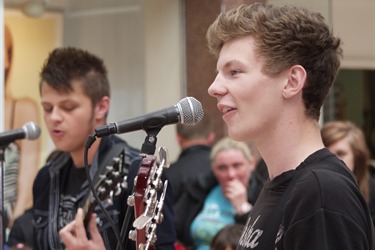 Ashley Davis of the Royal Society of St George was brilliant fun, as were the staff at Baileys Coffee Shop and Sandwich Bar who really got into the spirit of the event dressing up in appropriately themed costumes. 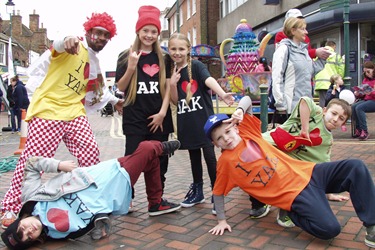 At the closing end of the day members from various Sittingbourne scouting groups congregated outside St Michael’s Church for a brief service, where chief organiser Sara Seabridge gave a speech, along with County Commissioner Harvey Kennett of Kent Scouts. 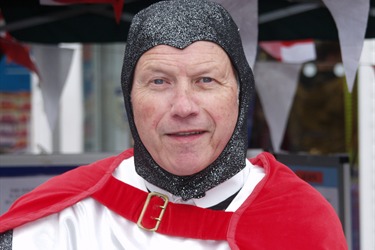 I met many other people during the day including Sea Cadets Anthony Hartridge, Matthew Butler, Connor Lewis and Oliver Davie, the Pearly King of Mile End John Scott, the fantastic YAK dance crew members who were as brilliant as ever.

We can’t possible put up all the photos here so we’ll do a gallery at some point, but if you want a taste of the day check out our video below.