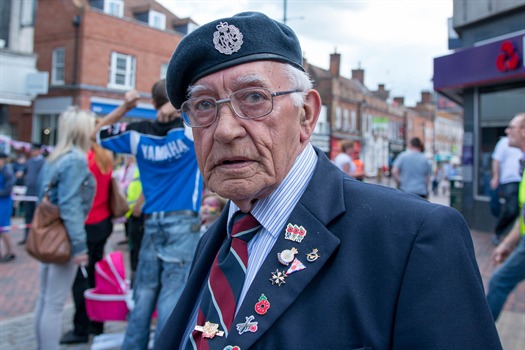 Residents of Sittingbourne came out on Saturday to show their support and appreciation for serving and former armed forces personnel. 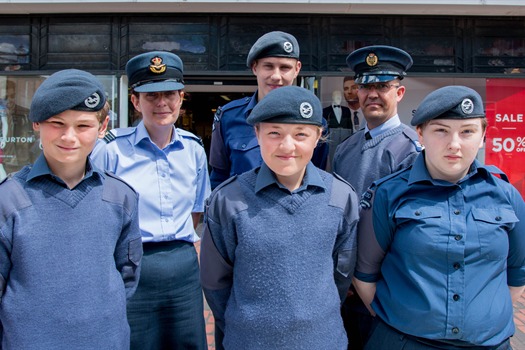 Present amongst the various stalls set out along the top end of the High Street was D-Day veteran Ernest Slarks who had his own stall with panels of old photographs and news cuttings outlining his own personal involvement in the war. 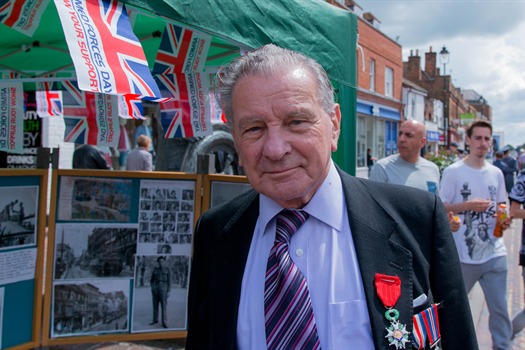 Ernest was also proudly wearing his Legion d' honneur medal, the highest French honour for his part in the D-Day landings where as part of the 23rd Hussars tank regiment that came ashore on Gold beach in June 1944 he saw action in three major battles. 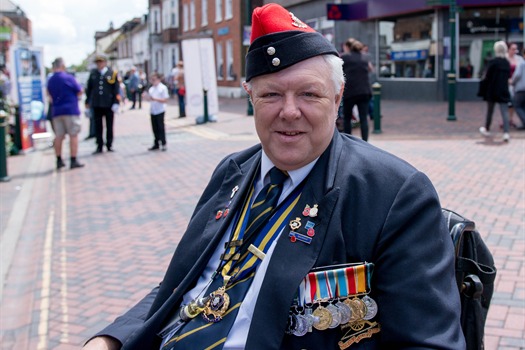 The Sittingbourne branch of the Royal British Legion was also out in force. 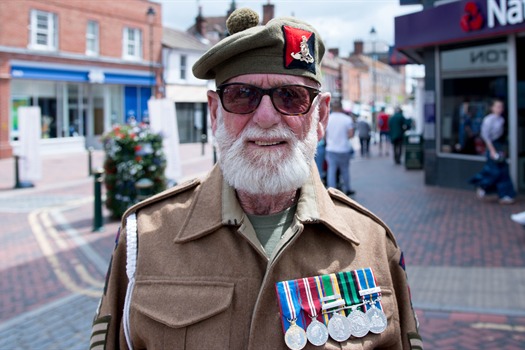 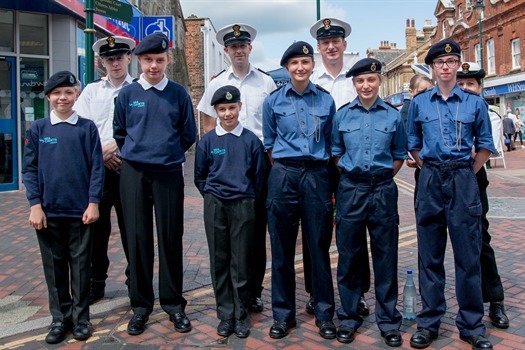 There was representation from all branches of the armed forces with 2230 Sittingbourne Squadron Air Training Corps, TS Wyvern - Sittingbourne Sea Cadets and 579 Field Squadron. 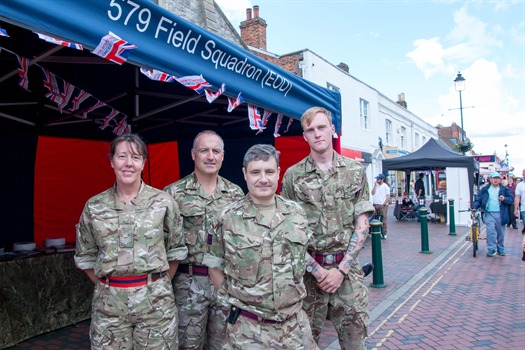 Throughout the day there were a number of competition between the groups including field cooking, tug of war and first aid as well as a short service with The Somme Yomp Challenge. 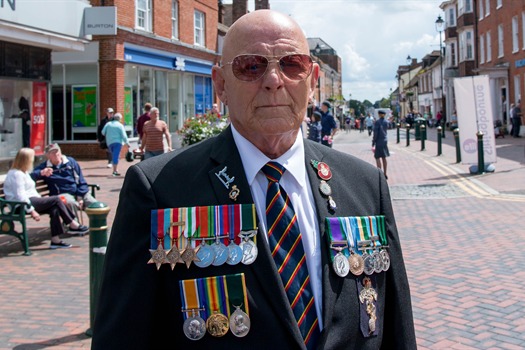 Also present were the newly formed Swale Marching Band who put on a couple of shows in the Forum Shopping Centre. 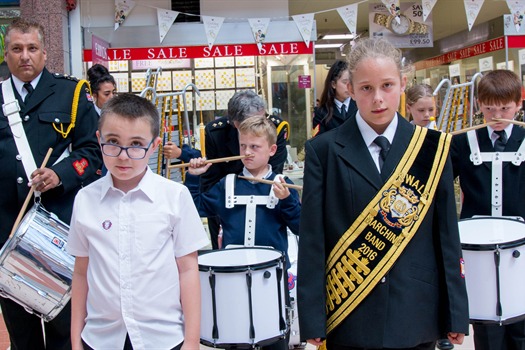